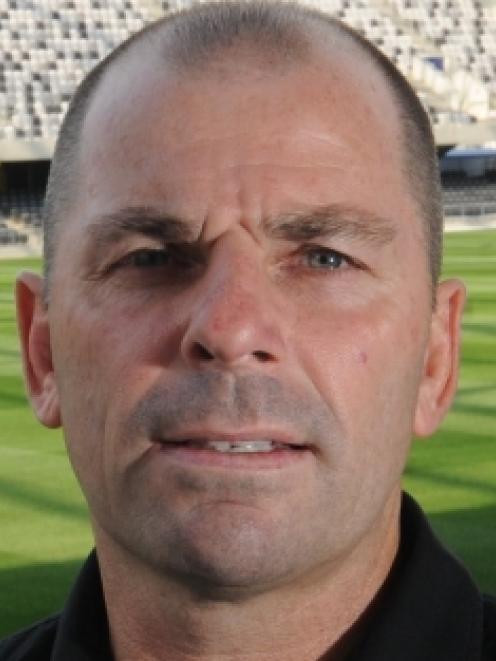 Jeremy Curragh
A meeting of the New Zealand Rugby Union board tomorrow may play a hand in the future of the Otago union.

The Otago union was still unable to report its financial loss for the last financial year as it was yet to be signed off by the auditors.

The union is facing tough financial times and last week union chairman Wayne Graham said he was unsure whether it could continue to trade on, such was the parlous state of its finances.

A change manager, Jeremy Curragh, was appointed more than a month ago and he has been looking into finding a way forward for the union, writing a detailed budget and business plan. He said at the meeting good progress had been made but there was still work to be done.

"Things have been changing daily, as new information comes to light. We've had good discussions with all of the key parties on what we need to do to move forward," Curragh said.

"We have to work to show the union is going to be viable. We've got to make sure the business case stacks up."

That involved increasing revenue, as not a lot of cost could be taken out of the business, he said.

"There are contracts signed up which we can not walk away from. We want to honour those contracts. We do really need to increase our revenue streams."

Curragh said the Bank of New Zealand, which holds an overdraft over the union, also had to be involved in negotiations.

Board member Andrew Rooney was at the meeting and said no concrete decisions had been made.

"Everyone will go away, look at options and then come back to the table," Rooney said.

"But there is no two ways about it. Our revenue has to increase and we've got to get the cost of our professional game down. We've got to get close to a doubling of our sponsorship to exist.

"This year we are not going to be able to take much action with existing contracts."

Rooney said an NZRU board meeting tomorrow may suggest what input, if any, the national union would have.

He had no idea what decision, if any, the national union might make.

Tew was keeping his cards close to his chest yesterday, and said negotiations were at a delicate stage.

"We are working on gathering all the facts and possible solutions. The situation is very serious and we are working with all the interested and affected parties to find the best way forward," Tew said.

"The purpose of my visit has been to advance those discussions, but it is not appropriate to say any more than that at this stage."

Dunedin Venue Management Ltd also attended the meeting and chief executive David Davies said it was a productive meeting and he was working through the finer details.

He said DVML was involved in negotiations as it was a partner with the Otago union and he saw nothing unusual with taking part in the discussions..