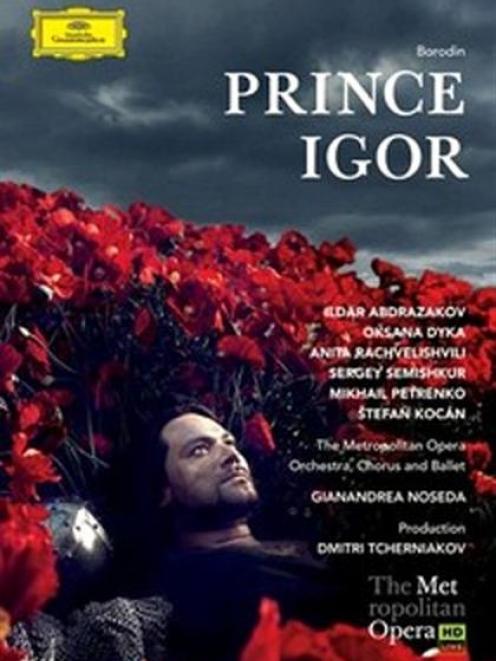 A splendid ''Met'' orchestra, chorus and ballet combine in this dramatic and darkly psychological version of Borodin's sprawling opera (with two intervals, it played for more than four hours before the US audience.)

Alexander Borodin was a chemist who spent years but never really finished orchestrating his wonderful melodies composed for the work.

His friend Rimsky-Korsakov volunteered some help, and after Borodin's death in 1887 Glazunov also joined in to work on a disorganised pile of sketches.

The Overture is missing but the wonderful Song and frenzied Dance of the Polovtsian Maidens enchant, set in a red poppy field, using three dozen swaying and leaping dancers - all as effective as those poppies around the Tower of London.

The chorus sings from the sidelines for that scene but often fills the stage.

Prince Igor is in Russian but English subtitles help to enlighten.

Its reshuffled scene order works logically and might restore new interest in this opera.

But the use of monochrome videos and scene titles intervening as projections on the stage, to fill in some of the gaps in the plot, disappointed.

Yet this has always been a patchwork of sketches - with moments of great excitement and its catchy tunes seized upon by the musical show Kismet.