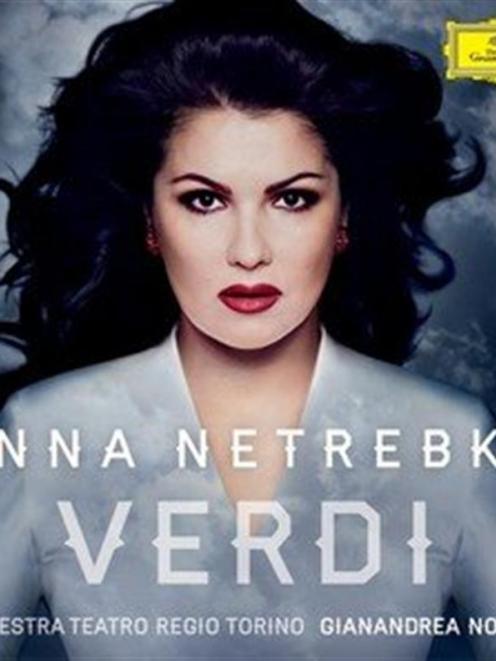 ''Velvet and Fire'' is an apt heading in the useful accompanying booklet that describes this Russian diva's development into a true ''spinto'', poised halfway between a ''heavy lyric'' and a dramatic voice.

This suits all five of the opera heroines portrayed on this disc. Apart from being a Verdi birthday bicentenary tribute, it is Netrebko's first studio album in five years, also marking her 10 years with the German recording label.

The selection of 14 arias may not be all well known but they undoubtedly show how the singer, said to be the best-selling soprano of the 21st century, has developed her voice into a maturity that displays a new intensity and professional lustre in roles selected from Il Trovatore, Macbeth, I Vespri Siciliani, Don Carlo and Giovanna d'Arco.

She has acquired a confident ''powerhouse'' yet velvety quality. The New York Post has described the operatic superstar as ''la prima donna assoluta'': now the glamorous face with fiery voice certainly shows that she can be a great tragic performer.

Gianandrea Noseda (a Verdi specialist) capably conducts the Italian orchestra and Chorus Teatro Regio Torino joins in on two of the items. All were excellently recorded in the Turin theatre.

A tolling bell, the chorus and the ringing tones of tenor Rolando Villazon appear with the soprano in one item, the exciting Misere from Il Trovatore. But this is music in which Netrebko always commands the sound stage with authority and musical finesse, lending new and impressive charisma to five of Verdi's most distinctive heroines.