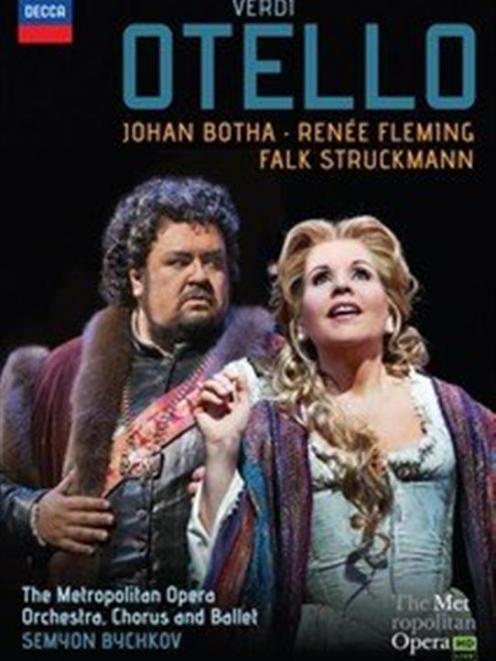 The previous opera by this most successful composer in the opera world had been Aida, in 1871.

In modern years "The Met'' in New York has presented Otello, the operatic version of Shakespeare's tragic play Othello hundreds of times.

This 2012 performance was filmed in HD and has fine sound (top soloists, chorus and superb orchestra conducted by Semyon Bychkov).

Soprano Renee Fleming enshrines one of her signature roles as Desdemona showing absolute class throughout.

She knows how to perfectly sing the gentle lines of the Willow Song and Ave Maria to softly fill the hall.

This role was one of the diva's earliest successes with the company nearly two decades ago.

Last year she sang in a different production of the same opera, with some suggestions it could be her last performance in this role.

But this is one of the most beautiful productions of Otello.

Its classic staging features beautiful sets including a castle, and 15th-century Renaissance costumes.

The lighting is suitably dark and moody for the riveting drama.

As Otello, Johan Botha has a powerful voice and his acting is impressive, particularly in the terrifying death scene and portrayal of his love for his murdered wife.

The roles of Iago (Falk Struckmann) and Cassio (Michael Fabian) are also excellently portrayed, with the chorus, as usual, outstanding.

There is refreshing realism by using a real mandolin player and real guitar player who actually play their instruments on stage.

Verdict: Another wonderful opera from the Met.