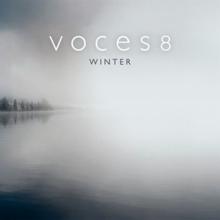 Voces8 is a British vocal group with eight exceptional singers (four pairs of sopranos, countertenors, tenors and basses) directed by countertenor Barnaby Smith. This album paints a powerful but soothing portrait of winter with its solitude and serenity, as the theme of 11 works, including two versions of Nunc Dimitis (by composers Arvo Part and Serge Rachmaninov), four world premieres by composers, with title song Winter specially written for the album by Rebecca Dale.

Composers from Latvia, Estonia, Iceland and elsewhere inspired all the lean but effective musical backings. The focus is on the beauty of the cold season and its call for reflection. The traditional song The Snow It Melts The Soonest (previously covered by Sting in the pop world) has a new arrangement by Geoff Lawson to end the fine programme. 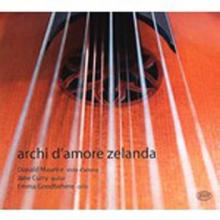 Archi d’Amore Zelanda is a New Zealand trio based on viola d’amore, a baroque wooden instrument with seven strings played with bow like a viola. It has an extra seven "sympathetic" strings that react but have to be tuned to give the instrument its sweet and warm sound.

Maurice, an experienced player, excels in Bach’s Sonata in C BWV 1033 that opens the disc. The guitar and cello are "authentic" members for baroque chamber music, and also sound well in Michael Kimber’s Variations on a Polish Folk Song (containing a section sung in a Maori translation from the original Polish.)

The other works are Francois de Fossa’s Trio Op.18 No.1 and Paganini’s Terzerto in D Major.