A Dunedin hunter who called 111 after spotting a fire near his Waitaki Valley camp this summer was shocked to receive a $60,000 invoice from the Otago Rural Fire Authority this week. 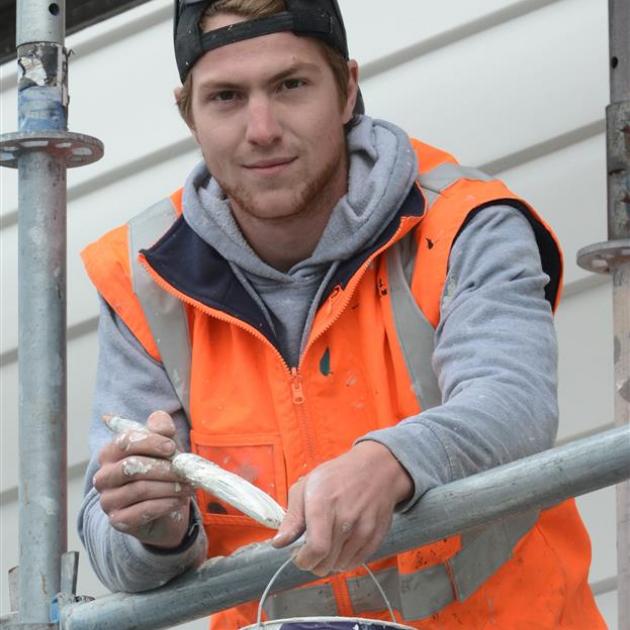 He did not have the money to pay the firefighters' costs, nor did he believe he ought to pay.

The painter/decorator, who hunts in his spare time, was rabbit-shooting near Kurow with friends on Saturday, January 10. While he was having lunch at his camp in the early afternoon, he saw a fire in the gorse up to 150m away, between the camp and one of the main entry roads.

‘‘I turned around to get a fire extinguisher, but when I turned back around, it had spread pretty quick. It was massive by then,'' he said.

When crews returned, flames were reportedly higher than the largest trees on the island.

Ten firefighters and one helicopter remained at the scene on the Sunday and by 4pm they had contained the fire to 72ha.

In the following days, police said there was ‘‘strong evidence'' at the scene indicating the fire was started by a spark from a high-powered rifle.

‘‘About a week later, I was rung up and told they were going to blame it on one of my rifles,'' Mr Dodds said yesterday.

He then sent one of the shells from his SKS rifle to the fire investigator. Although it was the same calibre, he believed the brand did not match shells found where he showed fire investigators the fire had started.

Mr Dodds said other hunters were in the area at the time of the fire and the fire authority did not have ‘‘enough evidence'' to bill him $60,000. Otago Rural Fire Authority principal rural fire officer Dr Stephanie Rotarangi said she would not discuss the details of the fire investigation ‘‘as that might prejudice a later result''.

But Mr Dodds was the only individual the fire authority was seeking cost recovery from.

‘‘From the Otago Rural Fire Authority point of view, all I can say is the process was robust and best practice,'' she said.

‘‘We acknowledge that the situation is unfortunate, but the best we can hope for is to raise some public awareness about the fact that if you start fires in the rural zone, you will be liable for the cost of suppression.

‘‘And I am not sure how widely that is understood.''

Invoices for cost recovery came in over the $60,000 mark, Dr Rotarangi said.

‘‘If we put it into context, there was a fire in Marlborough at the same time that was in the millions [of dollars],'' she said.

‘‘I certainly have seen larger invoices, and also smaller ones.

‘‘Cost recovery is cost recovery. It's what it has taken to put the fire out.''

In most cases, the cost was recovered by the regional authority, she said.

If people were charged, there was a three-month period before cost recovery was handed over to the National Rural Fire Authority.

National authority rural fire manager John Rasmussen, of Palmerston North, said if the case went to the authority, a three-person litigation committee would review the claim and make the initial decision whether the authority would pursue cost recovery based on the evidence provided.

It would be investigated whether all the costs were fair and reasonable and whether there was evidence the fire had been caused by the individual believed to be liable.

‘‘If both parties are adamant that they are right, it would probably end up in court,'' Mr Rasmussen said.

‘‘That's if both parties want to keep pushing and cannot agree.''