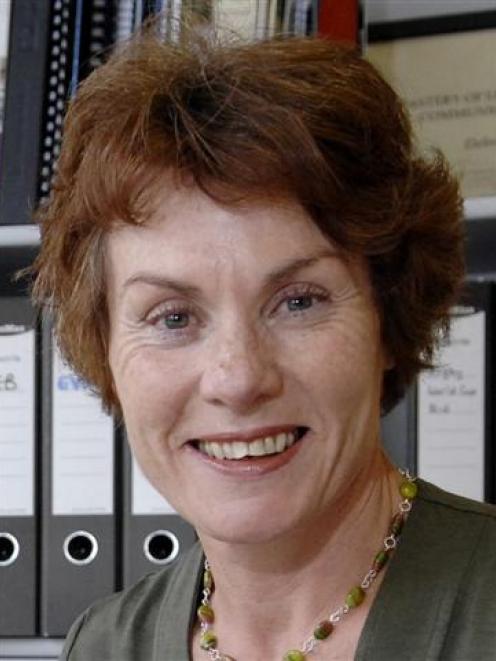 Debra Simes
Empty shops could be beautified and public transport made free as Dunedin rolls out an increasingly expensive red carpet for visitors during the Rugby World Cup.

Council staff want another $350,000 added to the $230,000 that city councillors have already allocated to their Rugby World Cup operational budgets.

The rest would provide ticket-holders with free buses to the Octagon ($20,000) and improve the appearance of empty shops in the central city ($30,000).

They "did not always present the best image" and the council should consider helping landlords improve their properties' appearance before the World Cup.

It could help pay to clean and dress empty shops in prominent and busy locations, turning empty windows into new advertising space to promote Dunedin and environs.

The budget request, to be considered by councillors on Thursday or Friday, anticipated a desire to have the city clean and well presented and to make the most of new marketing opportunities.

It was increasingly common for cities to provide free transport to manage traffic congestion around venues.

Most other host cities were either thinking about, or committed to, free transport.

The bus, cleanup and fan-zone bills were were not considered when Dunedin, Queenstown and Invercargill lobbied to host cup games, Ms Simes acknowledges in a report to councillors.

The southern regional bid was based on Carisbrook being the venue and on the costs of staging international rugby as at 2008, Ms Simes says.

At the time, all of what cup organisers would require and the associated costs were unknown.

The family-friendly fan zone in the Octagon - the only official fan zone planned for the South - was unbudgeted when plans were revealed in September.

Latest figures show it could cost $300,000 if open for the first match, Dunedin's three pool games, the quarterfinals, semifinals and final, Ms Simes says in her report.

It could cost about $196,000 if it opened only for the city's pool matches, even after cost-cutting removed one of the two big screens originally planned, she confirmed yesterday.

There were no submissions against the alcohol-free fan zone when the plans were released last year, and Rugby New Zealand 2011 had reacted favourably to the concept, Ms Simes said.

The concept allowed licensed premises in the lower Octagon to extend their premises on to the road, but did not let them enclose them with a marquee.

Some bars on the north side of the lower Octagon have since applied for resource consent to erect marquees for the England v Romania and Ireland v Italy matches.

Otago Chamber of Commerce chief executive John Christie said the council was right to consider all it could to make the city welcoming for potentially big-spending visitors.

It had only one chance to get things right - "and we should be doing everything we can to get the vibe right, so we can legitimately get as much out of those visiting wallets as we can".