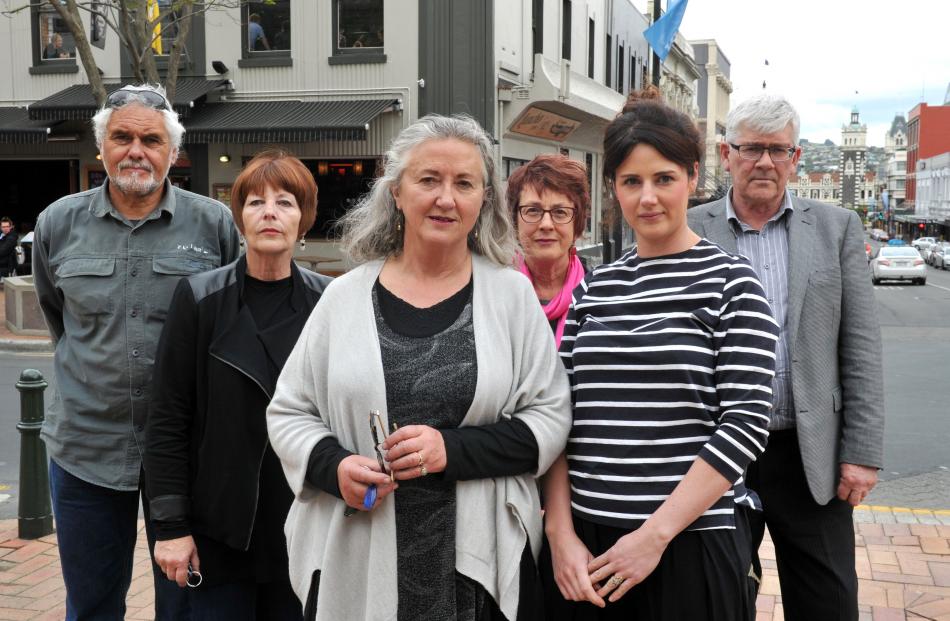 The Dunedin City Council may back away from trialling any ban or restriction on vehicles in the lower Octagon and lower Stuart St.

Council staff are concerned rushing any ''pedestrianisation'' trial in the area could be costly and potentially have negative effects if it goes ahead without proper investigation.

They recommend councillors delay any trial and even hold off consulting the public until a more comprehensive vision for the area's future has been developed.

A report, to be considered by councillors on Monday, says that vision still needs work.

Acting urban design team leader Dr Glen Hazelton recommends councillors take a ''do minimum'' approach in the meantime, and ask staff to do some work to try to attract more people to use the space.

Things that could be done to attract more people to the Octagon included putting in tables or play equipment, public art and interactive activities and encouraging pop-up performances.

Consultation needed to be done properly to build proper support for any pedestrian-friendly trial, he said.

Councillors asked staff in May to report on options for trialling a way of giving pedestrians priority over vehicles in the area as soon as possible, following an annual plan submission on the idea.

The ''do minimum'' option - one of five options councillors will consider - has the support of lower Octagon and lower Stuart St business owners and retailers, who have banded together to oppose any road closures.

She said retailers were also confused about what was happening.

They had heard nothing from the council, but understood a vehicle-free trial was going ahead in February and, if that was the case, were upset they had not been consulted.

They were strongly against any road closures, although all wanted to see some improvements to the Octagon, which they felt was under-used by the general public.

Sue Todd, from Sue Todd Antiques & Collectables, said business owners were interested in supporting other initiatives on the footpaths and shopfronts to enhance the vitality of the area.

Seriously Twisted owner Linzi Irving agreed the council would be better to spend money beautifying the Octagon and bringing people to the businesses there.

All business owners spoken to wanted to see more parking, not less, in the area.

Grant Ellis, the owner of several Octagon bars, said bars favoured another option that would trial closing the lower Octagon and lower Stuart St to vehicles at set times, for example Friday and Saturday nights, or a specific Saturday or Sunday each month.