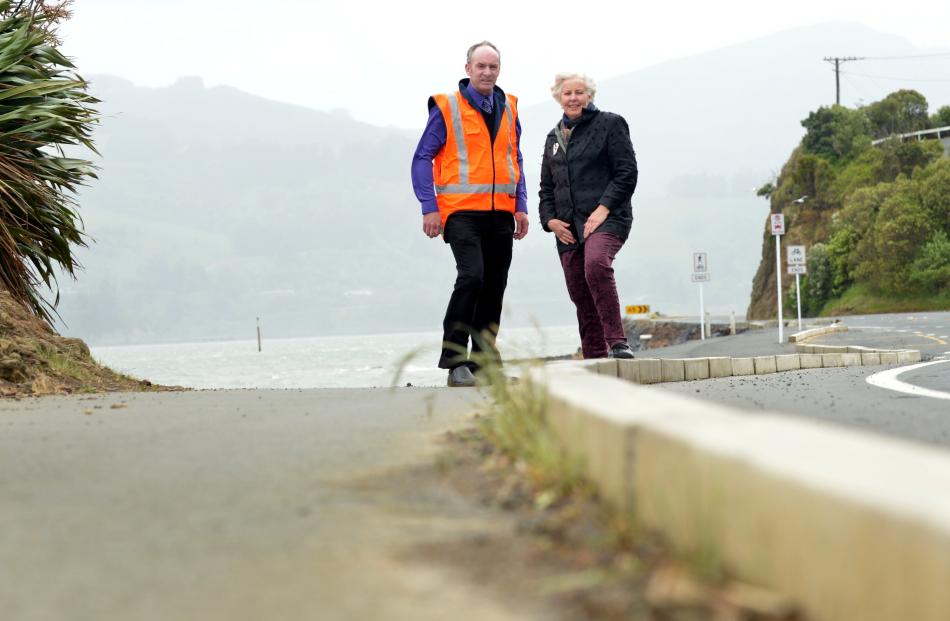 A fast-tracked Otago Peninsula cycleway could be completed in three years instead of nine, at no extra cost to ratepayers.

Whether the plan went ahead was dependent on the New Zealand Transport Agency (NZTA) agreeing to pay more of the $23.8 million cost at the outset, with the council repaying its share over nine years.

This meant the council would be paying no more a year than initially planned, one third of the cost in total.

The council would need to agree to the accelerated schedule, but Dunedin Mayor Dave Cull said this would be a ''no-brainer''.

''If [NZTA] approve the business case and it doesn't cost the ratepayers any more ... then the council would be most unlikely to turn it down.''

He was unsure whether NZTA would support it.

''I don't know what the chances are, but nobody has said no yet.''

The benefits of having the project completed early would be ''enormous'' for all road users.

''Because it's a shared path it would be very helpful in connecting those slightly scattered communities ... in ways that make it much safer for kids to get to school, for people to just go for a walk.''

NZTA southern planning and investment manager Ian McCabe said in a statement it would consider the plan as part of its 2015-18 national land transport programme, which was due to be finalised in July next year.

City council roading projects engineer Michael Harrison said it was ''optimistic'' the plan would go ahead and NZTA was considering it ''very seriously''.

Council staff had been working on a solution for the past three months after tension during the council's annual plan process over the order of work.

''We were asked to look at how we could actually do it faster, without actually impacting on the budgets.''

If everything went to plan, construction would start in the first half of 2016 and take three or four years to complete.

Mr Harrison told the community board it would be a win for the city's contractors and suppliers, with the project starting not long after others, including the Caversham Valley project, finished.

The plan came as the community board was told the $3.2 million Ohinetu Point to Harington Point section, being done by Fulton Hogan, had just begun and was expected to be completed by the end of May.

This section was not included in the ''accelerated'' part of the project as it had already been approved.

NZTA was expected to pay two-thirds of the total $27 million project, including the Ohinetu Point to Harington Point section, with the council paying the remaining third.

A more-than-100-page report on the accelerated programme prepared by engineering company Morrison Low will be presented at the council's infrastructure services committee meeting on November 25.

''I know it's going to be a huge amount of work and we have still got some hurdles to go, but it's in the right direction.''

The economic benefit to Dunedin could be comparable with the Otago Central Rail Trail, which contributed $12 million to the local economy each year.

''I think we could see similar kinds of economic benefits here in Dunedin as well.

''It would change the face of the peninsula,'' he said.