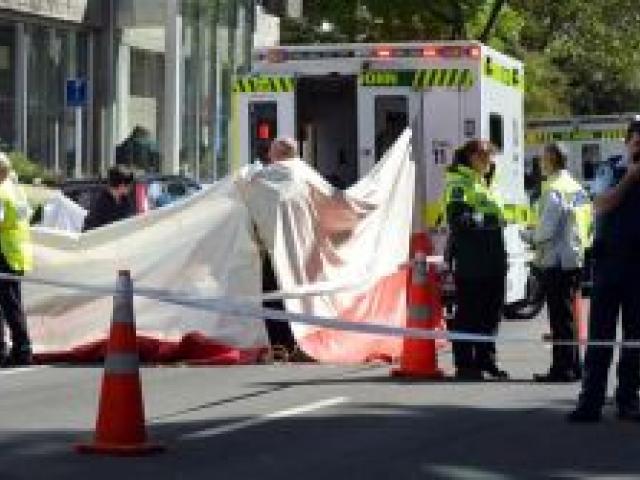 The cyclist was run over by a stock truck in Cumberland St about 10am. Senior Sergeant Kelvin Lloyd said police were investigating the possibility the door of a parked car had been opened just before the accident.

The truck driver was later stopped by police and spoken to at Evansdale, north of Dunedin.

Spokes Dunedin education and safety co-ordinator Prof Hank Weiss said the cycling advocacy group had talked to the Dunedin City Council about a Canadian study that found bike lanes alongside parked vehicles, as in Cumberland St, were about seven times riskier than fully separated, buffered lanes that gave cyclists their own space.

"New investments in cycling infrastructure on busy urban streets should be spent on building protected lanes."

Prof Weiss attended a council meeting a week ago with transport planners and engineers about the southern commuters route and the installation of infrastructure to protect cyclists.

There was a willingness to install infrastructure to make major routes safer for cyclists, he said.

Yesterday's fatality follows the death of a cyclist using the southbound lane on the one-way system who was hit by a truck outside Dunedin Railway Station in November 2011.

Dunedin City Council senior traffic engineer Ron Minnema said the installation of cycle barriers around Dunedin roadways would be considered on a case-by-case basis but the challenge was considering all road users in decisions.

Otago-Southland state highway manager Ian Duncan said NZTA staff were saddened by the news a cyclist had been killed on State Highway 1 and their thoughts were with the victim's family.

"The NZTA investigates the circumstances of all deaths and serious injuries on the state highway network with a view to making our roads safer for everyone who uses them, and we will be doing the same thing in this case."

A witness to yesterday's fatal accident, Solarpro owner Karl Lawrence (32), of Dunedin, said he was waiting for traffic to pass before crossing Cumberland St to enter Dunedin Hospital.

Mr Lawrence heard a noise after a "big cattle truck" passed and then saw the dead man lying on the street.

The "young Asian" cyclist appeared to have died instantly after going under the rear wheels of the back trailer, he said.

The truck did not stop but the driver might not have noticed anything.

"I would have thought it was a bump in the road. That's what it sounded like."

Mr Lawrence was taken by police to identify a truck that had been stopped near Evansdale.

A Tulloch Transport spokesman said the manager of the Southland-based company had gone north yesterday to support the truck driver.

• A man died when a ute was involved in a head-on collision with a stock truck and trailer unit on State Highway 1 south of Ashburton about 4pm yesterday.

The man was understood to have been the sole occupant of the ute, which was severely damaged, the Ashburton Guardian reported.