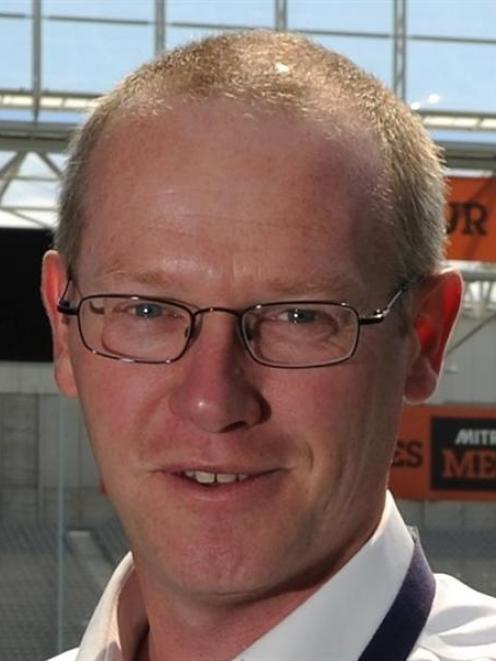 Darren Burden
The promoter of a Fleetwood Mac concert scheduled for Dunedin later this year is angry at being charged a $50,000 fee after the cancellation of the concert.

Mr McManus said he agreed a deal with Dunedin Venues Management Ltd in January to bring Aerosmith and Fleetwood Mac to Dunedin.

The amounts were to be paid by the stadium to the promoter.

Aerosmith played on April 24 and Fleetwood Mac was scheduled to perform on December 17.

The concert cancellation activated a $50,000 cancellation fee, which Mr McManus disputes and said he would fight.

''I've been a promoter for 27 years and I've never encountered anything like this before. It's morally and professionally wrong.

''The whole experience with Dunedin and the stadium has been tarnished.

''I guarantee you I will never, ever, bring another show to Dunedin while those people are in charge.''

''We have a contract with McManus for Aerosmith and Fleetwood Mac. It was a two-show deal,'' Mr Burden said.

''We were formally informed on Monday that the Fleetwood Mac concert would not be proceeding, so we therefore began working through the provisions of the contract in respect of cancellation.

''It is all in accordance with the contract. It was very explicit that it was Aerosmith and Fleetwood Mac.''