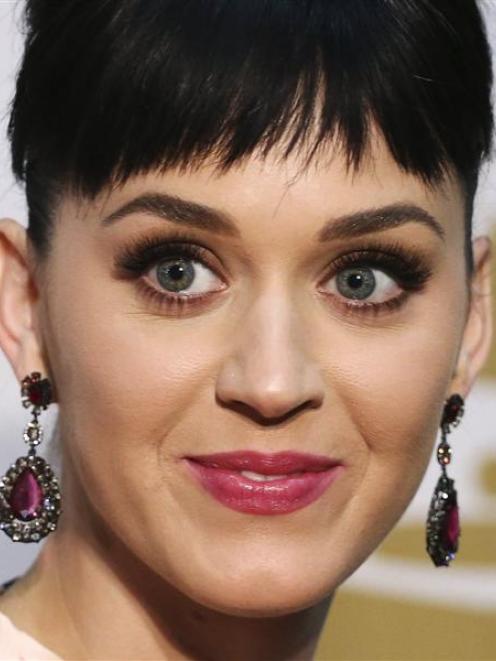 Katy Perry
It appears Katy Perry is longing for a white Christmas rather than a summer concert in the south of New Zealand.

The Billboard Music Awards Top Female Artist for 2014 was tipped to perform at Dunedin's Forsyth Barr Stadium as part of her Prismatic World Tour, but the multi-platinum pop star will perform just two New Zealand concerts - at Auckland's Vector Arena on December 19 and 20.

Concert promoter Dainty Group New Zealand publicist Nancy Blackler said yesterday the Australian tour dates were released earlier in the year, and the New Zealand dates were supposed to be released soon after.

The issue was it had left no time to hold a concert in Dunedin before Christmas, Mrs Blackler said.

''She's [Perry] on tour now, and she's working flat out. She wants to go home for Christmas.

Mrs Blackler denied the decision to skip Dunedin had anything to do with transporting Perry's set south. It is transported in a Boeing 767, which is unable to land at Dunedin International Airport.

''It's nothing to do with transport logistics, because all of those could have been solved. It's actually because the [New Zealand] concerts fall so close to Christmas time.''

She confirmed DVML chief executive Terry Davies had been in touch with Dainty Group and had been proactive in trying to secure Perry and other international acts for the stadium.

It is the second major concert that has fallen through for DVML in the past month, with the Eagles now playing just one New Zealand show, in Auckland, next year.

Katy Perry was no exception, he said.

''In respect of this particular artist, the obvious challenge is feasibility, given the proximity to Christmas.''

He was unable to name any new international acts being pursued to perform at the stadium, but said it was an ongoing search.