Formal complaint to be laid against Vandervis 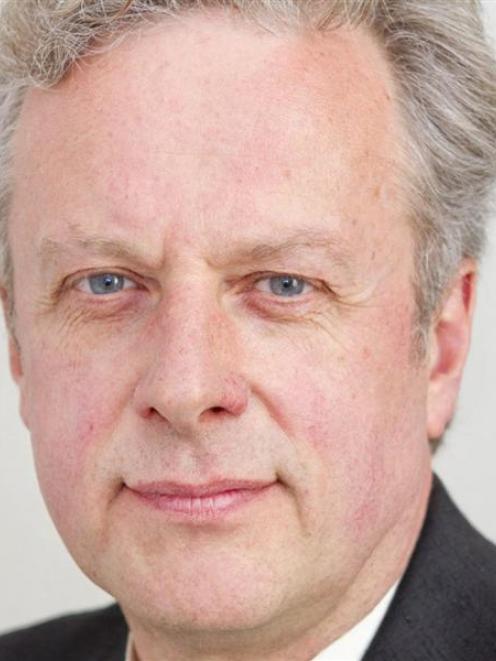 Lee Vandervis.
A Dunedin city councillor will face a formal complaint after allegedly becoming embroiled in an angry, expletive-laden exchange with senior council staff in a hallway of the Municipal Chambers.

The incident occurred on Monday as Cr Lee Vandervis confronted staff, including council chief executive Dr Sue Bidrose, about an earlier code of conduct complaint against him, the Otago Daily Times understands.

Cr Vandervis was understood to be upset at the process surrounding the complaint, but was said to have sworn during the exchange with Dr Bidrose and other senior council staff.

The exchange was witnessed by some members of the media and some councillors, and Dunedin Mayor Dave Cull told the ODT yesterday several councillors had since expressed ''considerable concern''.

One of those was Cr Kate Wilson, who said last night she would lodge a formal complaint about Cr Vandervis' behaviour.

''I was very concerned about the tone and the manner.''

Mr Cull said he saw only part of the exchange, during which Cr Vandervis was ''speaking quite vigorously'' to Dr Bidrose and corporate services group manager Sandy Graham.

Other councillors had since reported ''shouting, abuse and swearing'' from Cr Vandervis, which, if true, was ''just unacceptable'', Mr Cull said.

''Abuse and overbearing, bullying behaviour is not acceptable by an elected member, at all, for any reason.''

Cr Vandervis, contacted yesterday, said the hallway incident was ''not even moderate'' and denied swearing.

''I've had some much, much angrier ones down there. That was just a shot over the bows.''

Cr Vandervis also said that after previously emailing council staff about his concerns, raising his voice in the hallway ''at some points was quite appropriate''.

''When one has been quite clear in emails, and that clarity seems not to have passed through to those that the emails are sent to, one finds oneself in a position of having to be even more clear - if you see what I mean.''

Other councillors to witness parts of the exchange included Cr Andrew Noone, who said it appeared to be ''a bit of a heated discussion'', and Cr Hilary Calvert, who said there was ''quite clearly some vibes going down''.

It would not be the first run-in between council staff and Cr Vandervis, who was banned from speaking to most staff for 15 months, until late 2012, after giving orders to some, and describing others as ''dogs'', in a series of angry emails.

The council's code of conduct required councillors to treat council staff with ''courtesy and respect'', including avoiding ''aggressive, offensive or abusive conduct towards employees''.

Monday's acrimony later spilled over into the afternoon's full council meeting, when councillors were to consider a ''code of conduct update'' in the non-public part of the meeting.

The ODT understands the item related to the earlier complaint against Cr Vandervis, who used the public part of the meeting - when the agenda was to be approved - to criticise its inclusion.

Cr Vandervis said the item contained ''misrepresentations'' and was ''ultra vires'', and had been shaped by ''people'' making decisions beyond their authority.

The process was ''not something I can be party to'' and his options were to leave the meeting or stay only for the public part of it, he said.

Other councillors voted with Mr Cull to accept the agenda, including the code of conduct item, as it stood.

Cr Vandervis would only say yesterday the matter remained unresolved as a result of his hallway exchange with council staff.