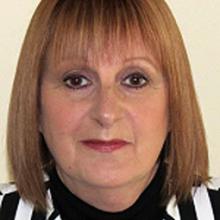 Robyn Broughton
A group of Dunedin businesses is moving to claim the high ground as debate intensifies over the arrival of oil companies in Otago waters.

However, with Anadarko's drilling ship, the Noble Bob Douglas, due by the end of the month, protest group Oil Free Otago has also warned more protest action could be expected.

The warning came days after a group of four Dunedin businessmen created a new group, Pro Oil and Gas Otago, to spell out their support for gas exploration off Dunedin's coast.

The group's Facebook page has attracted more than 1300 ''likes'' since Saturday, including from pro-drilling city councillors Andrew Whiley and Mike Lord, and support was continuing to climb.

Spokeswoman Robyn Broughton, of Dunedin, said the group wanted to counter ''scaremongering'' by opponents of oil and gas exploration, and planned to meet representatives from the Dunedin City Council and oil companies.

A public event designed to demonstrate the city's willingness to embrace the industry and its potential economic benefits was being discussed, although plans were yet to be confirmed, she said.

The city had an opportunity for ''astronomical'' economic benefits from a natural gas find, but public debate to date suggested the city would not welcome the industry.

''I don't want to see my grandchildren raised in London or Europe. I want something that will encourage our young people to come home ... [gas drilling] has the ability to do that,'' Mrs Broughton said.

Growing support for the group since Saturday also showed the ''silent majority'' was in favour of exploration, she claimed.

However, Oil Free Otago spokeswoman Rosemary Penwarden dismissed that, pointing to her group's ''blockade'' of Otago Harbour on Sunday, which attracted 250 people despite bad weather.

''That doesn't mean much to me. They didn't come out on the harbour.''

Her group's ''blockade'' was part of a weekend of activities staged during the Oil Free Future Summit in Dunedin, which also attracted hundreds of people, she said.

Opposition to drilling off Dunedin's coast was also spread across a variety of Facebook pages, including Save Otakou from Oil Drilling, which had 1105 ''likes'', and Oil Free Otago, which had 515.

She welcomed alternative views, saying her group was not scaremongering and did not claim to represent the entire city.

However, the new group's views would not alter fundamental concerns about fossil fuels and climate change, Ms Penwarden said.

''The bottom line has to be are we going to be responsible for our children's and grandchildren's futures, or not?

''We are pro-good, economic, sensible growth for Dunedin, not deep-sea drilling.''

Debate over industry has intensified in Dunedin following Shell's announcement it would drill an exploratory well in the Great South Basin, in waters south of Dunedin, as part of a joint venture in 2016-17.

Anadarko also planned to begin drilling an exploratory well in the Canterbury Basin, 60km east of Otago Peninsula, next month.

Both companies hoped to confirm commercially-viable quantities of natural gas, but have also stressed full-blown extraction, if it was to proceed, would be years away.

Mrs Broughton said Pro Oil and Gas Otago was in ''regular'' contact with the oil companies, which were ''delighted'' by the public response, even if it would not influence any decision to base themselves in Dunedin.

The businessmen behind the new group did not yet want to be identified, preferring to work behind the scenes, but there was ''nothing sinister'' in that, she said.

Anadarko New Zealand corporate affairs manager Alan Seay said the company was ''a long way'' from deciding whether to proceed to full extraction, and whether to use Dunedin or Invercargill as a supply base.

However, it was ''wonderful'' to see growing support for the group, which confirmed what the company already knew, he said.

''We know there's a lot of support for our activities there and this confirms it.''