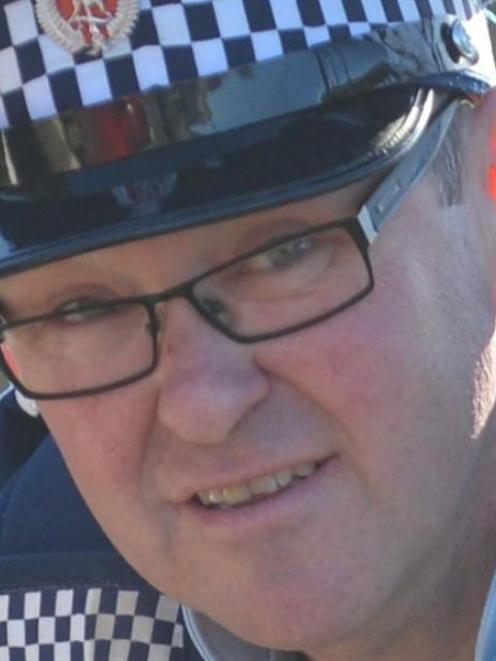 Steve Aitken.
The Octagon presents an intimidating environment for police and the public at 4am, police say.

Community relations co-ordinator Sergeant Steve Aitken says the contempt for police is ''quite palpable'' during some weekends in Dunedin's nightlife hub.

''You can sense a certain vibe in the air that makes you a little uneasy as to what might happen,'' he told the Otago Daily Times yesterday.

''The mood can change. Sometimes it can be good, other times it can get a little tense. As the night goes on, the later we are there, the worse it can get.

''It's a unique environment in that it's fairly enclosed and you have a lot of people there.''

His comments came after two police officers were assaulted in the Octagon about 4am on Sunday.

The constables, a male and a female, were taken to Dunedin Hospital after being hit in the head following an argument between two brothers.

The problems in the area were more pronounced in the early hours, when intoxication levels and, sometimes, frustrations were at their highest.

Often it was those who were refused entry or expelled from bars who presented the biggest threat to police and others, he said.

''There's a possibility of conflict with people that can't get into bars,'' Sgt Aitken said.

''Some people can take that quite badly and react in an antisocial way.''

It was not only police who could find the environment dangerous, but members of the public as well.

''If you were to take people who aren't used to being there and take them out there, they could find it quite intimidating,'' he said.

''There's a lot of shouting and yelling because that's what people tend to do when they have been drinking.''

Police often found people urinating in public and ''vomit from time to time''.

The behaviour, while not physically dangerous, was frustrating and constant, Sgt Aitken said.

However, the blame did not sit squarely with bars, as often people were getting intoxicated before coming into the Octagon.

''If you go out there at 9 o'clock at night there's people finishing dining and having a couple of quiet drinks and enjoying their night,'' he said.

''As the night progresses on, there tends to be a big influx of people. They are a different crowd.

"They aren't there for having dinner. They are the people having a few drinks elsewhere and then coming into town for the party.''

They presented the most difficulty for police, as intoxication levels tended to be higher and they were more likely to turned away from bars, often frustrated.

''It would be great if we didn't have the necessity to have policemen standing there on a Friday and Saturday night, because the area could control itself. But that doesn't seem to be the case and that's because of a number of people in the country and their relationship with alcohol.''

While he backed proposed moves to close bars at 3am, people also needed to take personal responsibility and remove themselves from the city before they became too intoxicated, he said.

Police are appealing for any witnesses of the alleged assault of the two police officers to come forward.

Detective Sergeant John MacDade said there were several people were in the area at the time of the attack and police were keen to hear from anyone who saw the incident.

• Estakio Mounga Tonga Moataane (22) appeared in the Dunedin District Court yesterday on two charges of injuring a police officer with intent to injure and another charge of aggravated assault.

He was bailed to reappear on December 16.