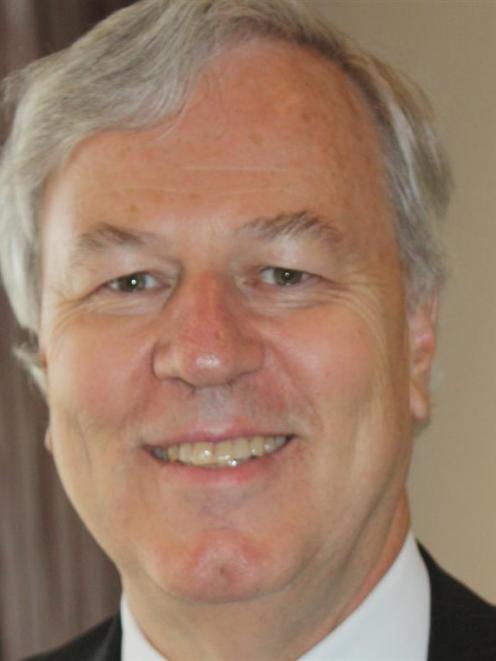 The company was back in Dunedin yesterday for private talks with local authorities on the possible $200 million programme.

In April, Shell said the chances of it going ahead were 50:50 and it would decide within about two months. By January, Shell must commit to government permit agency New Zealand Petroleum and Minerals to either drill or drop the southern permits it holds.

Asked what had spiked heightened interest, Mr Spuij said that aside from new leads, the possible size of the project was changing and ''several'' options were being considered to handle gas collection.

The percentage of condensate was also still being determined and the economics of taking gas off the seabed on to vessels were still being considered. Shell's one-hole, $200 million Great South Basin programme meant drilling in water depths of 1.4km, plus a further 4km into the seabed, with a 70% chance of not finding any hydrocarbons but a 30% chance of finding gas.

Mr Spuij said the main themes of questioning at the meetings included the necessity of hydrocarbons in a low-carbon economy and effects on wildlife.

There were environmental concerns about the seabed and waste management, plus safety concerns over a seabed blowout, such as the disaster in the Gulf of Mexico in 2010.

Mr Spuij said that while any test drill would have a blowout preventer on the seabed connection, and other backups, Shell had access to an 85-tonne containment machine on six-hour call from Singapore.

However, getting it to Dunedin posed problems, as only Invercargill and Christchurch had the space to land it, and then it would have to be shipped to the drill site.

Dunedin Mayor Dave Cull said when contacted the meeting with Shell had been ''informative'', with its representatives addressing several safety concerns raised last year. The airport issue meant there were ''some challenges for the community'' to consider.

Noting the council was not involved in the permitting process, Mr Cull said Shell was assuring the community it had the ''best practice and safety measures in place''.

''A gas leak is not oil washing up on beaches, like the Rena [sinking].''

He defended Shell's safety record, saying there had been no deepwater incidents in the past 30 years, and while the Great South Basin was renowned for high waves and icebergs, it was similar to other places Shell operated.

Under recently introduced legislation, Shell is compiling an environmental assessment and impact report on its drilling programme, which will be delivered to the Environmental Protection Agency shortly.

Mr Spuij said that report and the EPA finding would be released to local authorities and public consultation would then be invited.

Shell has spent more than $80 million in two seismic surveys in the basin off Otago in recent years and has committed a further $US10 million ($NZ12.7 million) to more seismic exploration.

Mr Spuij noted no port had been chosen for an exploration base. Any economic impact would not be large, but ''about $2 million'' for provisioning about 100 workers during 40 days of drilling.

The Shell executives spoke to about 20 people from the Dunedin City Council and Otago Regional Council yesterday, having aborted a similar meeting in the city three months ago after environmentalists shouted down speakers. Mr Spuij said most groups had been invited again for ''individual updates''. Some environmental groups had taken this up but not Oil Free Otago.