Stadium numbers up and diversifying 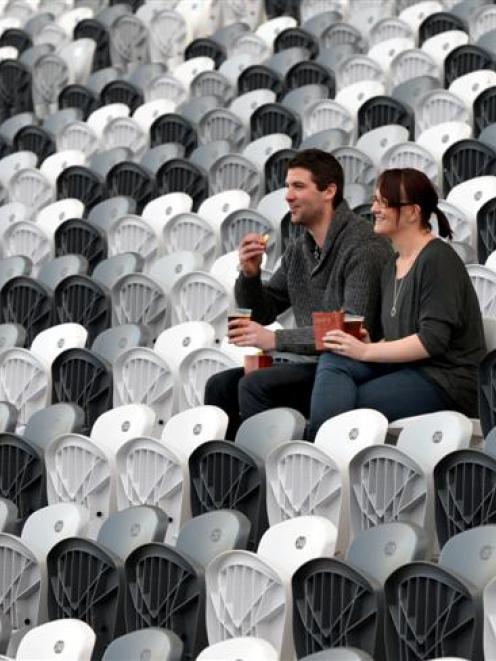 Figures released by Dunedin Venues Management Ltd yesterday showed 605,000 fans have now paid to attend a ticketed event at the stadium since opening day in 2011.

That included 158,000 fans in the first five months of this year, which was up on last year, when 136,000 paid to enter during the corresponding period, DVML chief executive Darren Burden confirmed.

The venue's reliance on professional rugby was also diminishing, with the proportion of overall attendance linked to rugby games during the five-month period dropping from 80% last year to 45% this year, he said.

That was due to the stadium's success in securing more major concerts and a mix of other events, from football and rugby league to show jumping and rodeos.

However, some things never changed, as fans had so far this year chomped their way through 71 tonnes of hot chips, washed down with 55,000 litres of beer.

That might raise an eyebrow or two for health authorities, but Mr Burden said he was pleased with the crowd figures this year, which were higher than the population of Dunedin.

He could not think of another stadium anywhere in the world that managed that feat in such a short space of time.

The crowd figures, the mix of events, and the fact up to 40% of fans at the Paul Simon and Aerosmith concerts were from outside Dunedin were all pleasing results so far this year.

One black mark was the performance of the Highlanders this season, but the rugby crowds had held up well compared with what might have been if the same losing streak had occurred at Carisbrook, he believed.

Missing out on a Fleetwood Mac concert was a disappointment, but concert negotiations that failed to get across the line happened ''fairly frequently''.

DVML staff were ''working hard'' to secure more concerts for the next touring season, from November to April.

There was also one more Highlanders game, against the Crusaders, to look forward to, followed by ITM Cup matches and a Bledisloe Cup test between the All Blacks and Wallabies.

''When we look forward in terms of what we've got coming up on the sporting front, it's looking OK.''