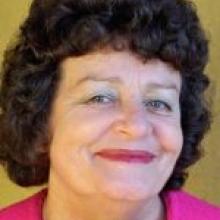 Bev Butler
A corporate user of the Forsyth Barr stadium has dismissed as "bizarre" claims by stadium opponent Bev Butler over the contract his company has with the stadium to occupy a corporate suite.

In a media release yesterday, Ms Butler said Deloittes no longer had a contract with the stadium for the corporate suite it selected and furnished when the stadium was built and instead was taking clients to an upper lounge. Her information was that Deloittes was unhappy with the location of the suite and its limited view of the field.

The ramifications of the move were "immense", she said, as it vindicated her long-held concern that private funding contracts were not legally binding.

Deloittes partner Steve Thompson confirmed yesterday the company had begun using the lounge to entertain clients rather than the corporate suite.

That was because it required more seats than the 20 available in the corporate suite and was able to get up to 49 people in the lounge.

"We realised early on we needed the capability for higher numbers and starting talking to the stadium about six months ago about using another area.

We have used the Alexander McMillan lounge twice now and it has been outstanding."

"This is a win-win. We pay more because we want more seats and the stadium gets rent for an area which was not rented out before."

He said he could not understand Ms Butler's motivation for raising the issue publicly.

Dunedin Venues Management Ltd chief executive David Davies said he was "comfortable" with the Deloittes move and with its private contract arrangements. No other companies had exited corporate suites and all private funding contracts payments had been met.

Mr Davies said Ms Butler was welcome to meet him at the stadium "for a cup of tea and chat" and a look round the facility, an invitation Ms Butler declined when it was passed on yesterday by the Otago Daily Times. She said she had no interest in entering the stadium.

When told of Mr Thompson's response, Ms Butler said her information had come from a Deloittes staff member whom she would not name.

Ms Butler also said yesterday she had passed on paperwork about her investigations into the funding and construction costs of the stadium to the team of independent auditors hired by the Dunedin City Council.

She "took the initiative" because she wanted the auditors to have information she had obtained as a result of "dozens" of official information requests to the council and Government ministers.

"I wanted to enable the auditors to piece things together ... I hope they will see there are problems outside their terms of reference."

The council has asked the auditors to look mainly at the final costs of the stadium, but Ms Butler said her concerns included the terms of the Government contribution (whether it was understood $5 million was initially to have been a loan, although that was later changed to a grant) and the University of Otago's contribution to the cost of stadium construction.