Uniforms a step too far for Rotary volunteers 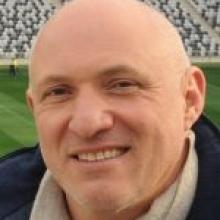 Dunedin Venues Management Ltd (DVML) chief executive David Davies has confirmed discussions with Rotary, which had been going on for "some time", had ended, and the fundraising opportunity had been taken by another group.

Mr Davies said Rotary had issues with training and wearing the uniforms, but everyone who worked at the stadium was required to be trained and to wear the correct uniform.

He understood Rotary's membership felt those issues were "a step too far".

"We did want not-for-profit [organisations] involved. We still do.

"We've got groups being trained up at the moment."

Surf life-saving volunteers had stepped into the role, would be paid for their work, and that money would go towards their fundraising.

The outcome affects the Dunedin East and Dunedin South Rotary clubs, organisations that have been providing their services to the Otago Rugby Football Union for about 25 years, in return for money that goes to charity organisations.

Rotary Club of Dunedin East past president and spokesman Bevan Meddings said the situation meant his organisation had lost up to 60% of its fundraising.

"We did have an issue with them wanting us to dress as security guards," Mr Meddings said.

White coats were "much softer", and allowed the volunteers to develop a good relationship with punters.

DVML wanted the 200 volunteers to do eight hours training at short notice, and money had been spent on training before negotiations fell through.

The volunteers, mostly aged between 50 and 70, would have been required to arrive early, and change into and out of the uniforms at the stadium in the middle of winter.

"We were not security guards - we were hosts.

A surf life-saving spokeswoman said yesterday volunteers would be provided for the World Cup, but she was not sure the organisation had the numbers to carry on after that.

Mr Davies said last night he hoped the group could continue in the role, but if not, it left a vacancy for another group.