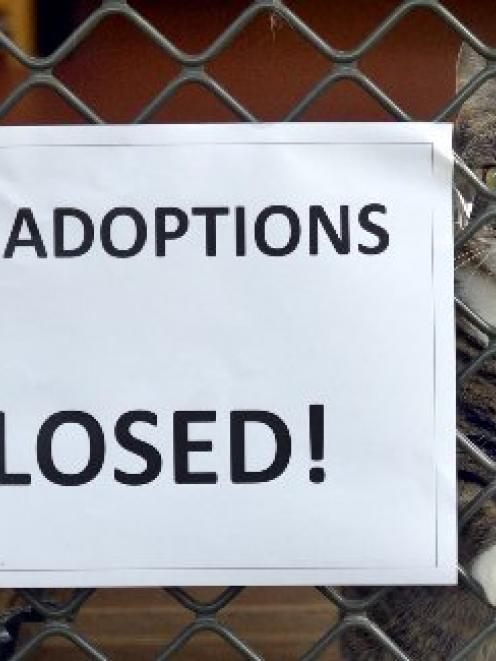 Executive officer Sophie McSkimmings said it was believed a stray cat carrying the feline panleukopenia virus (FPV) infected others at the centre after being brought in by the public.

She said all cats brought to the SPCA were quarantined for seven days, and those showing illness while in quarantine were put in isolation.

The SPCA had about 120 cats at present, but only 40 had come into contact with the sick cat, she said.

In about 90% of cases, unvaccinated cats would die.

Most of the 40 cats which came in contact with the infected cat were vaccinated, she said.

So far, the virus had killed six cats at the SPCA, but the number could increase.

The virus can be spread long distances through contact with bedding, food dishes or even by the clothing and shoes of handlers of infected animals.

It could not be contracted by humans or dogs, she said.

The virus can kill cats within 24 hours of symptoms appearing.

Pets already adopted were not expected to be affected, but any owners noticing their cat was unwell should take it to a vet.

The Otago SPCA would remain open, but the pet adoption centre would be closed to the public until May 8, she said.

''It's to make very, very sure that we don't get this in our adoption centre.

''It's going to affect us hugely.

''Of course, it's a big loss of income for us. We don't make a lot of money out of adopting cats, but it certainly helps keep the place ticking over.''

FPV was still a major issue in Dunedin, because some people did not vaccinate their cats, she said.

''This has all come from people not caring for their animals and then dumping them.

''There are so many stray cats in the city. We need help.''