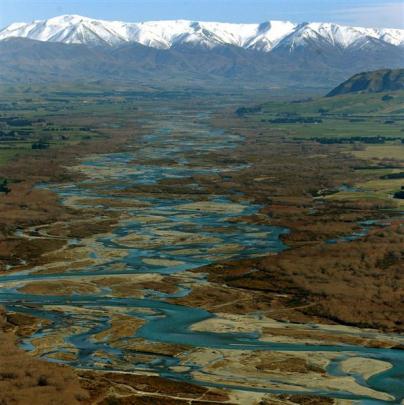 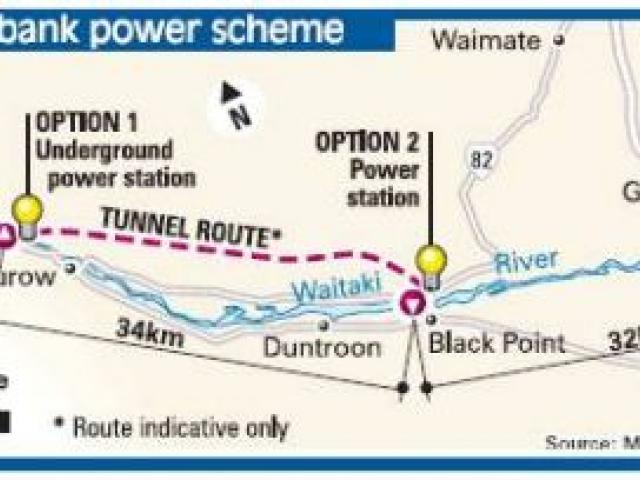 Meridian Energy Ltd is "delighted" to be getting water for a new $900 million power scheme it wants to build on the lower Waitaki River, but other parties are "gobsmacked".

Waitaki First yesterday indicated it would appeal to the Environment Court the interim decision by three commissioners, appointed by Environment Canterbury (ECan), to grant the four water-only resource consents needed for the scheme.

Chairwoman Helen Brookes was "gobsmacked and most disappointed" with the decision.

Waitaki First would be discussing the decision with its consultants and legal advisers, along with other groups, including the Waitaki Protection Trust.

The group remained concerned about the effect of the North Bank Tunnel Concept (NBTC) on the ecology of the river.

The commissioners' approval is subject to agreement being reached on conditions which would be imposed on the resource consents.

Meridian's NBTC power scheme would divert up to 260 cumecs of water from the lower Waitaki River just above the Waitaki dam into a 34km-long tunnel with one powerhouse and an outfall at Stonewall, near Ikawai.

It would generate between 1100Gwh and 1400GWh of electricity a year - enough to supply all the houses in Christchurch.

Yesterday, Meridian's chief executive Tim Lusk was pleased to have the decision on applications that were filed in October 2006.

Meridian is confident it can meet the outstanding aspects of the conditions the commissioners raised.

"In addition, we are certainly aware of the imperative for economic growth in these challenging times and this project represents one such exciting opportunity," he said.

Meridian's next step would be to consider undertaking the engineering studies necessary to support applications to the Waimate District Council for land-use and construction consents to build the tunnel and power station.

If consented, construction could start as early as 2012, Mr Lusk said.

It is too early for Central South Island Fish and Game Council to make any decision on an appeal, but its chief executive Jay Graybill is worried by the uncertainty over the adverse effects on in-river values, particularly on the fishery, and didymo.

"The uncertainty over the effects on in-stream values is striking and has to be of concern," he said.

The Mid River New Applicants' Group, which represents irrigators on the lower river, wants Meridian to guarantee that reliable water supply will not be affected.

Ensuring reliability for existing irrigators is also something Waitaki Mayor Alex Familton will be watching closely.

He said the NBTC scheme would benefit the Waitaki district in terms of potential employment and an improved infrastructure.

However, he said it was vital present irrigators, at the very least, maintained their reliability of supply and were not disadvantaged by the scheme.

The NBTC scheme will be built in the Waitaki district and yesterday its mayor, John Coles, welcomed the decision.