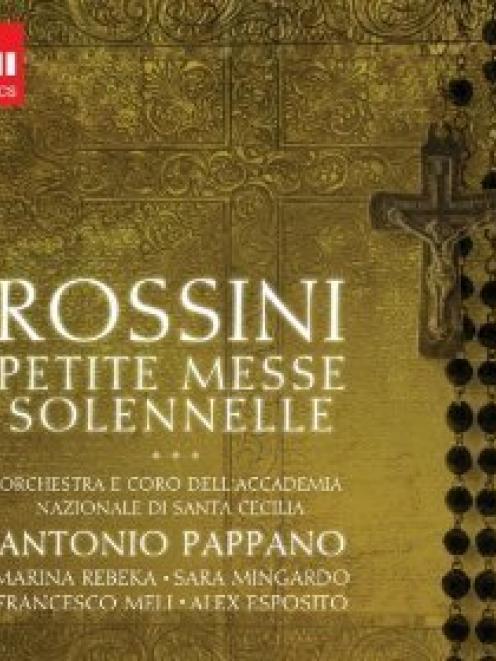 Rossini's solemn mass is by no means little, as ''petite'' implies; it runs for more than 83 minutes over two discs. Nor is it too solemn, with some memorable tunes and much rhythmic vitality.

While the composer is better known for popular operas, many could well argue that this is one of his finest works. Part mass, part cantata, it was first written for 12 voices, two pianos and harmonium.

Recorded in the orchestra's acoustically admirable home in Rome, this is an often beautiful and elegant work written in 1863, the composer's last substantial creation after stopping writing his operas. The music ranges from hushed intensity to boisterous high spirits.

Rossini could not resist some of his trademarks in this period of writing smaller pieces (''pechees de vieillesse,'' he called it, or sins of old age), even while contemplating his own mortality with this religious but lively sort of requiem.

The soloists are young singers making their names in famous opera houses and their voices blend well, with the soprano in particularly good form. The choir is splendid throughout this masterpiece, as it was in a recent release of Rossini's Stabat Mater by Pappano and his academy. The orchestra has properly been rated as one of the world's leading ones.