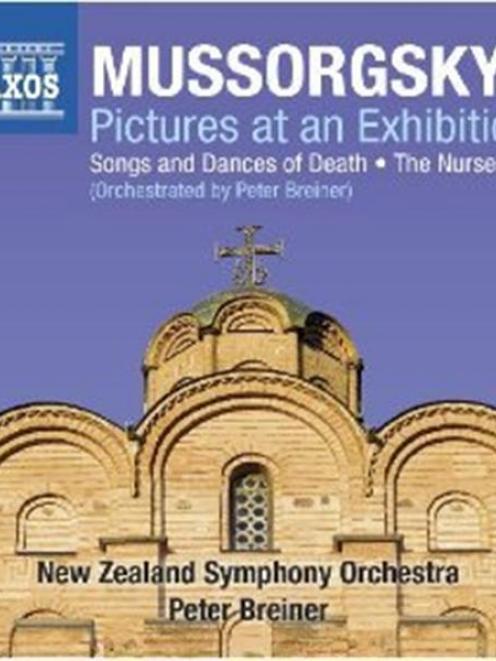 Peter Breiner orchestrated all three works and here definitively conducts the NZSO. Mussorgsky's Pictures was written for piano, but several composers orchestrated it. Breiner aims for ''contemporary sound'' with unusual combinations of instruments.

Many parts seem wholly original and tempos odd, without exciting the ears. The Great Gate of Kiev still impresses, 104 musicians creating spectacular sound. Overall though, this new ''promenade'' rather bores.

The two Mussorgsky song cycles have vocal lines replaced with several solo instruments. Thus within Songs and Dances of Death is a violin solo in Serenade and cor anglais solo in Trepak. This work and the five-part The Nursery sound more acceptable than Breiner's Pictures. 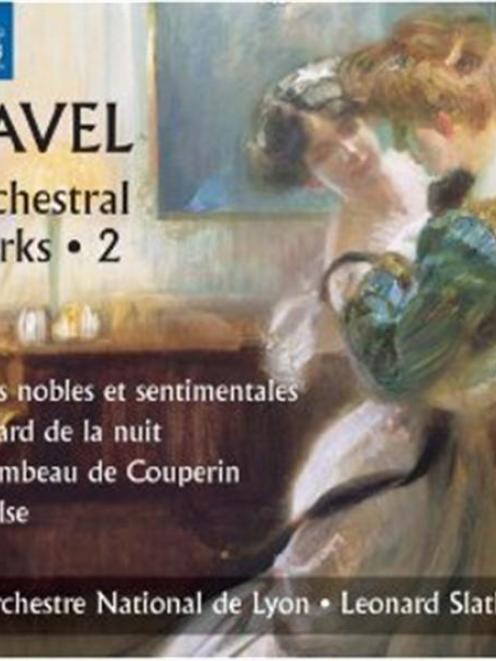 Le Tombeau de Couperin is a tribute to Maurice Ravel's friends who died in the Great War of 1914-18, as well as to the famous 18th-century composer. These use 18th and 19th-century dance forms and show his 20th-century harmonic ideas.

The fourth work in this collection is a doubtful inclusion in this series of discs: an orchestration by Marius Constant of Gaspard de la Nuit produced 82 years after Ravel's original composition just as a piano piece.