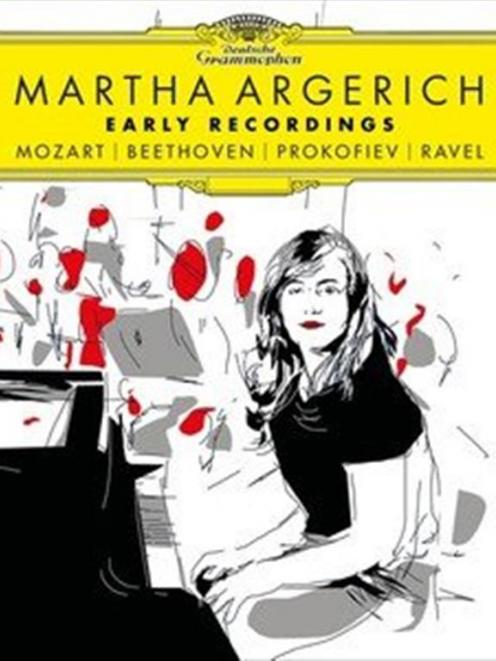 The famous Argentinian-born pianist was reported to have had her 75th birthday on June 5 this year, so this double album was a grand way to celebrate it. The label was pleased that she allowed early recordings in her career to be released for the first time.

They display a musician of great imagination and eloquence.

Argerich notoriously dislikes solo performances, so for the past few decades has mostly opted to play chamber music and concertos.

But these are a bumper set of solo recordings that show the young virtuoso (dubbed "the young lioness'' of the keyboard in the accompanying booklet) with flair and amazing skills, already an artist of sensational ability.

Included on disc 2 are her first recordings of Ravel's mysterious Gaspard de la Nuit and his Sonatine, as well as Prokofiev's Sonata, No.7 (B flat minor) displaying all its mystery and vitality.

And Prokofiev's Sonata No.3 (A minor), a single-movement, tempestuous work, is also a recording premiere.

Also performed are sonatas by Mozart and Beethoven appearing nowhere else in Argerich's discography.

For me, though, it was great interpretations of Prokofiev's two sonatas and the pianist's "transcendent virtuosity'' in that composer's brief Toccata No1, also in this set, that made it particularly memorable.