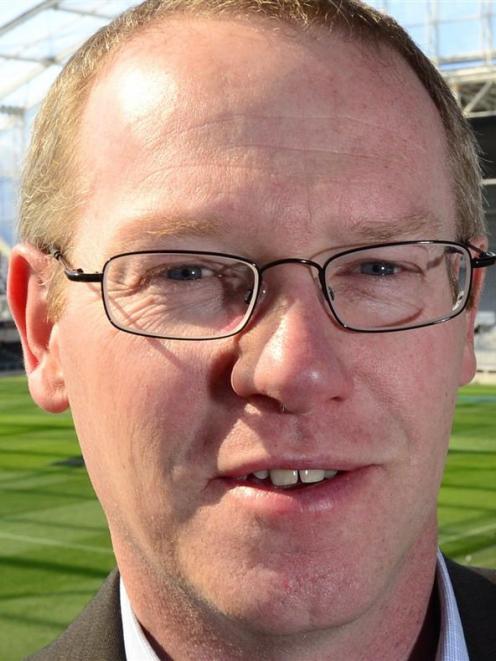 Darren Burden.
The man running Dunedin's Forsyth Barr Stadium has been granted an early release from his contract, and will follow in the footsteps of another manager who has already departed, it has been confirmed.

The date was ''mutually acceptable'' to Mr Burden and the board, and the hunt for his replacement had already begun, Sir John said in a statement.

That meant Mr Burden, who resigned on November 15, would leave just over a year into his five-year contract, and just over one month into a six-month notice period.

He would join Christchurch City Council-owned venue management company Vbase, responsible for venues including AMI Stadium and, possibly, a future indoor stadium in the city.

Sir John said it made sense to allow Mr Burden to leave as soon as possible, given he would - in some areas - be working for an opposition company.

The decision meant DVML could be without a chief executive until late February, but other managers and the board would fill in, and Mr Burden would receive none of his at-risk salary, worth $25,000 a year.

Mr Burden said in the statement he was ''sad to be leaving Dunedin'', having spent eight years involved in the stadium project.

''I'm really proud of what the team has achieved ... I'm leaving [the stadium] in good hands and I look forward to watching it go from strength to strength.''

He will follow in the footsteps of DVML commercial manager Guy Hedderwick, who - it emerged this week - had also left, unannounced, in July.

Mr Hedderwick, whose team's responsibilities included securing concerts for the roofed venue, had taken a part-time role as an external contractor for DVML, based in Adelaide, Australia. It was understood he would divide his time between DVML duties and work for other venue operators.

Mr Burden, who is in Australia with Mr Hedderwick at present, said in a brief statement the change offered ''significant advantages''. It was the result of a ''structural change'' initiated by Mr Burden that created a ''wider, flatter leadership team'' within DVML.

The change, ''mutually agreed'' with Mr Hedderwick, ''allowed Guy to fulfil a desire to pursue other opportunities and for [DVML] to retain his skills and expertise'', Mr Burden said.

''Having an Australian-based consultant has significant advantages for our relationships with promoters, most of which are based in Australia,'' Mr Burden said.

Mr Burden was not available for further comment yesterday.