Dunedin yesterday launched its bid to have a $375 million contract for Auckland's new electric commuter trains awarded to railway workshops in Dunedin and Lower Hutt - creating as many as 1270 jobs. 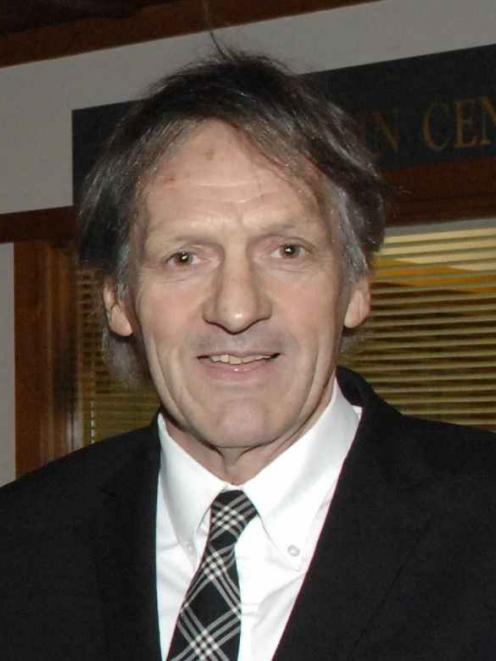 John Bezett.
A Berl economics report commissioned by the Dunedin City Council and the Rail and Maritime Transport Union details the benefits of having Auckland's 13 electric locomotives and 114 "cars" built in New Zealand.

"It's very exciting for the city ... It's of significant economic benefit to the city if we are able to be successful in getting this tender."

Transport Minister Steven Joyce, however, yesterday said he understood KiwiRail was not intending to enter a bid. It had never done anything similar before, and there were international companies with a lot of experience.

"It would be a bit like saying we need a fleet of high-end cars, let's go and get our mechanics to build them, instead of buying them off Audi or BMW, or somebody who does this sort of stuff for a living."

Berl suggested that if KiwiRail opted for the work to be done here it would:

• Create between 770 and 1270 "additional full-time equivalent jobs over the construction period".

• Increase Crown revenue by a net $65 million to $70 million

The report does not specify the benefits to Dunedin but under the heading of "wider economic benefits", refers to a "significant number" of new jobs, "many of them highly skilled".

The project would require workers in design, fabrication and finishing, including welders, assemblers and boilermakers.

There would also be a need for fitters, electricians and painters.

One in six new jobs would be for "corporate managers" and there would be new jobs for office clerks and salespeople in "upstream and downstream" industries.

The Berl report says the project would assist in keeping skilled workers in New Zealand.

"For instance, should much of the project be completed in Dunedin, it may be able to draw on the skills of workers affected by the reduction in Fisher and Paykel operations."

KiwiRail is seeking world-wide expressions of interest in providing the rolling stock - made up of 38 three-car "electric multiple units" and 13 locomotives.

The Berl report notes New Zealand could produce the rolling stock more cheaply than Europe or North America but "it may be possible" for Asian sources to supply at a cheaper price than elsewhere.

"However, the quality and expected life could be less," the report said, and it was possible the "whole of life" cost of the rolling stock could be higher than for that made in New Zealand.

The report suggests overseas manufacturers would need to deliver at between 29% and 62% less than the price of manufacture in New Zealand to offset the benefits to New Zealand's GDP of producing the trains here.

The difference between the two percentages was whether direct or total benefits were considered.

The Berl report considers New Zealand would also benefit from developing and maintaining a skilled workforce that could go on to "capture" part of the worldwide rolling stock market worth over $15 billion per year.

KiwiRail wants delivery of all rolling stock within 45 months but "some stakeholders" believed a 69-month timeline would be "more realistic".

RMTU general secretary Wayne Butson believed the two workshops had "the runs on the board" to show they were capable of building the trains.

"We believe we can do it. We believe it's good for New Zealand and everyone just wants to have the chance to prove it."

Mr Butson said Hillside could not "go it alone".

"It would have to be the two rail workshops working in partnership to do it."

The Hutt workshop had a specialist "electrical traction" unit, while Hillside had the heavy engineering capability.

Chairman of the working party considering the KiwiRail contract, Otago Chamber of Commerce chief executive John Christie, said last night he hoped KiwiRail would give New Zealand workshops the opportunity to build the trains for Auckland.

"Because not only will they be built on price, on time hopefully, but also at a better quality. And that's an argument I think would be hard to refuse."

Mr Joyce said it was important for KiwiRail to make the best commercial decision it could.

KiwiRail needed to be free from political pressures, he said.

"My sense is that they think it's [tendering for the job] too big a commercial risk."

There was domestic experience and there were opportunities for maintenance contracts and further work if the successful tenderer decided to do other work in New Zealand, Mr Joyce said.

"I think there's definitely work [domestically], but this is at the outer end of what's practical.

"We've just got to take the practical, commercial, sensible outcome and, in all honesty, got to look at people that have been building these things for a long time."