Eight on shortlist to rename museum 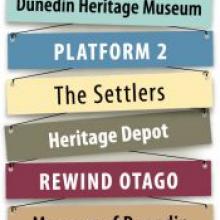 Eight names have made the shortlist in the competition to rename the Otago Settlers Museum in Dunedin.

Museum director Linda Wigley is pleased with the public response to a museum naming competition, which was launched on May 9, with support from the Otago Daily Times, and offers the winner a family trip to Te Papa, the national museum, in Wellington.

When entries closed on Thursday, members of the public had submitted about 260 names.

Between about 8am today and noon on June 1, people can access the museum's internet site - www.otago.settlers.museum - and vote online for their favourite name, museum officials say.

The settlers museum complex has been largely closed to the public since last year, as its $39 million redevelopment project has continued.

When the museum reopens late this year, after the redevelopment, museum officials are keen to make a new start, with, potentially, a new name and "brand".

Museum communications and business team leader Rebecca Crawford said "we've had a lot of excitement, a lot of people talking about it".

Many suggested names had included "Dunedin", "Otago" or "heritage", and some had sought to develop the present name in some way.

But other suggestions, while "quite creative", had also been challenging and "quite different", and some had not used the word "museum", she said.

A report tabled at an Otago Settlers Museum Board meeting this week noted that differentiation between the present name and that of the Otago Museum was "problematic".

• The voting will be a guide to the museum board, which at its next meeting on June 7, will decide the contest winner and recommend a name for the museum.