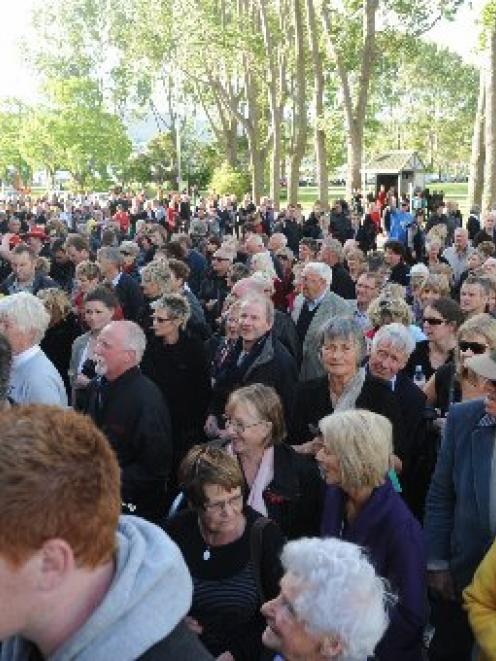 An economic impact study of 3789 local and visiting concert goers also showed the majority of respondents were satisfied with their experience and likely to attend other major events.

The total economic impact of the concert was estimated at $14.9 million, and the direct value added estimated at $3.8 million - the equivalent of 123 full-time jobs over a year.

Of the $14.9 million, $4.6 million was spent on retail shopping, $4 million on food and beverage and $3.4 million on accommodation.

The survey, commissioned by Dunedin Venues Management Ltd and conducted by Howard Research, aimed to ascertain the economic benefit of the sold-out November 25 concert.

Of those respondents, 89% were satisfied with the event and 81% stated they would return to the stadium to attend another event.

Ten percent of respondents indicated some level of dissatisfaction with the concert. Of those, 4% were extremely dissatisfied and 6% were either moderatelyor slightly dissatisfied.

The total number of concert goers was 35,500. Of the 46% of respondents who came from outside the city, 34% were from Canterbury, 27% from Otago (excluding Dunedin), 20% from Southland.

An overwhelming number of respondents expressed their satisfaction with access to the venue, prior information, signage, helpfulness of staff, ticket prices and bathroom facilities.

Respondents were most dissatisfied with the availability of food and beverage, sound/acoustics, traffic management and parking around the venue.

The survey also revealed the average expenditure of visitors to Dunedin was $526, while visitors outside the Otago region spent an average of $558.

Tourism Dunedin chief executive Hamish Saxton said the economic impact report showed the benefit of events for the city, and bodes well for the future.