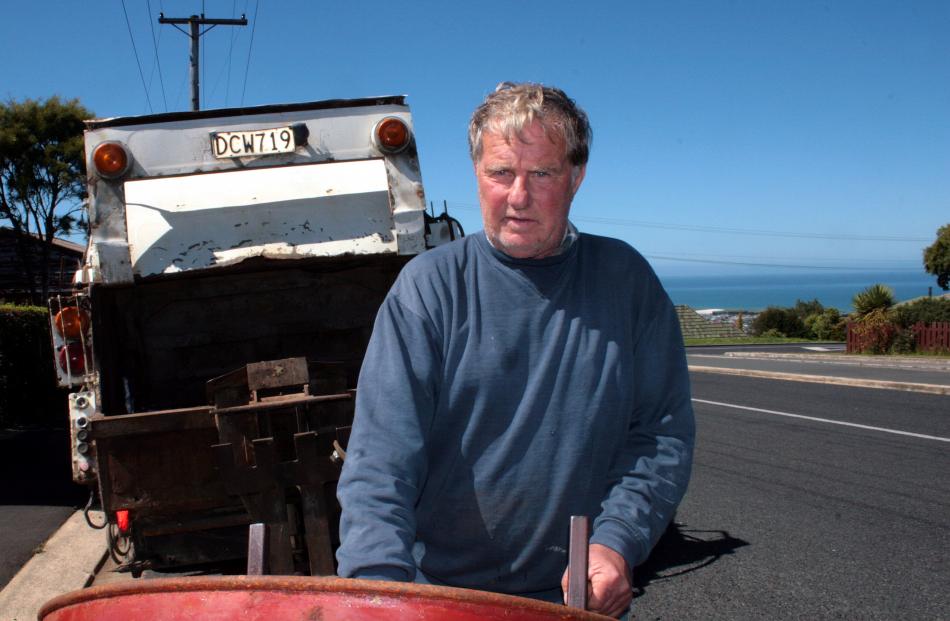 Tidy Bins owner Michael Miller rolls another drum out to his truck. After 15 years of handling bins he is calling it quits. Photo by Dan Hutchinson

Michael Miller is closing the lid on 15 years of door-to-door rubbish collection in Dunedin after watching landfill fees rise from $30 to $300 for a truckload in that time.

The end of his service may be bad news for many elderly and disabled residents who rely on him to collect their bins from the side of the house rather than having to wheel them down to the kerb.

Mr Miller said most of his 1000 customers were older people and at 61 himself he was starting to get tired of shifting the 40-gallon (182 litres) steel drums around.

Cost was a big factor in the decision to stop bin collection because it was costing about $300 every time he emptied his truck.

Rising dump fees for individuals meant people were also trying to fit more into their bins.

Mr Miller will still be providing a service picking up large loads of rubbish, section-clearing and garage-cleaning.

Dunedin City Council group manager of water and waste Laura McElhone said landfill fees were much cheaper 15 years ago when it was run as ''a community asset rather than a commercial landfill''.

A waste levy of $10 a tonne had also been imposed by the Government and it now costs $130 a tonne to dump rubbish.

She said people had the choice of two sizes of bags for rubbish and there were also smaller recycling bins available for people who could not manage the large ones.