Result made all the effort worthwhile 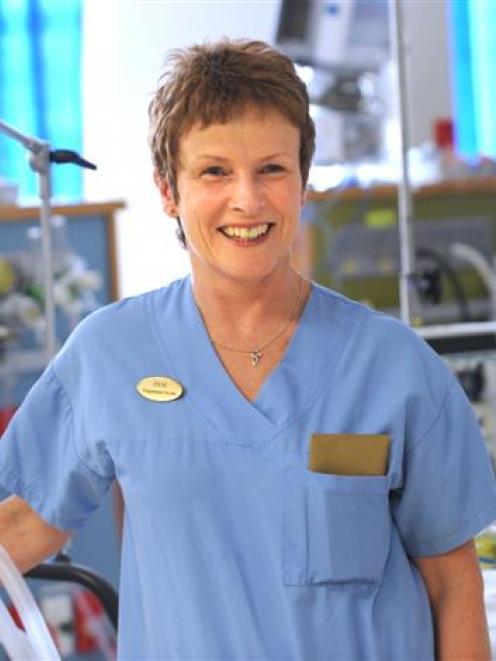 Intensive care nurse Pam Adams. Photo by Peter McIntosh.
Pam Adams abandoned her privacy to tell southerners about the emergency neurosurgery that saved son George Clarke's life - and yesterday, she said the effort was worth it.

Ms Adams went public to get people to talk more about neurosurgery and to understand why the issue of timely care was so important in the debate about sending the service to Christchurch.

She and George appeared on the front page of the Otago Daily Times in July to detail how, when he was 13, George fell and suffered a serious head injury while holidaying at a Southland farm.

He was rushed to Southland Hospital before he was flown to Dunedin and the neurosurgeon who operated to give him a new shot at life.

Ms Adams was yesterday "absolutely thrilled" an expert panel had decided not just to recommend that Dunedin retain the vital service, but that its staff and relationship with the University of Otago be bolstered.

The intensive care nurse at Dunedin Hospital called George (20) when she heard the news.

He was "thrilled to bits".

"When this all started, George and I thought we should really tell his story, so people could see why the service is so important, but we weren't sure about going public and dealing with the media," Ms Adams said.

"But it could so easily have been a debate that happened at a high level - health provision can be quite complex - and we thought it would be good to get people to think about what it means to them."

At the same time, many in the community galvanised to fight to keep the service in Dunedin.

Ms Adams followed the work of the expert panel closely, travelling south when it convened in Invercargill, and was "quietly very optimistic" that Dunedin would retain the service.

When she spoke to panel member David Russell, she told him George would not be the healthy university student he was today if he had had to travel more than another hour for surgery in Christchurch.

"We know that every minute counts - people in rural Southland or places like West Otago are a long way [from Dunedin Hospital] and in a critical position time-wise as it is - so moving neurosurgery to Christchurch had some very real risks."