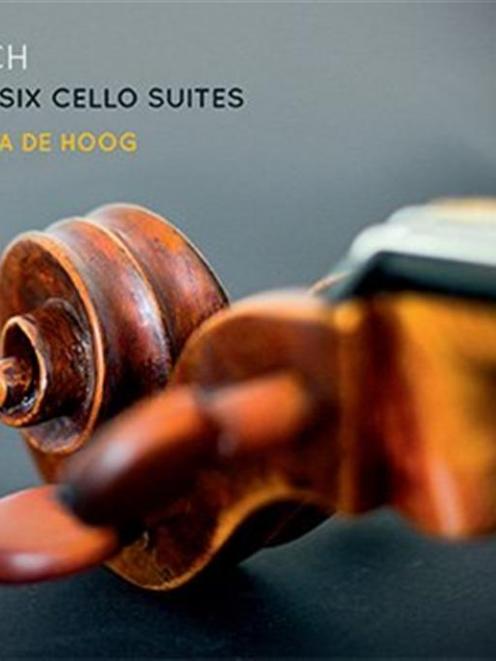 Unique in the solo repertoire, these six-movement suites represent the musical summit aspired to by many cellists.

Dutch woman Viola de Hoog gives a superb performance; she has been a member of the Schonberg Quartet for 20 years, and also a soloist and principal cellist with many of Europe's leading historic instrument orchestras. For the first five suites in this double-album set she plays a 1750 Guadagnini four-string baroque cello; in the sixth, that demands a five-string instrument, we hear an equally unusual Bohemian instrument dating from about 1780.

With all the music beautifully recorded last year in the fine acoustic of an historic Dutch church (Oude Dorpskerk, Bonnik), which has hosted many resonant period instrument recordings, listeners are assured of a first-class copy of a performance of great elegance and finesse.

Playing on gut strings with no hint of vibrato and at period pitch, the soloist adorns this historically informed recital with less drama than usual but relies on her beauty of tone, subtle rubato and careful dynamic shading given to the music's singing or dancing pulse, while still allowing it to breathe in a bewitching way.

A writer in BBC Music Magazine last Christmas gave it five stars, saying it was ''amongst the best of the 42 versions I find I've accumulated over the years''.

It is also excellent value: the second CD is free so buyers get two full CDs for the price of one.