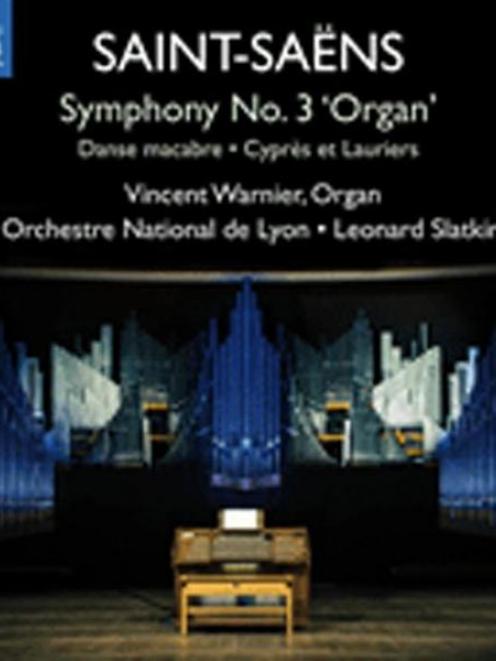 The Swedish orchestra, under French conductor Marc Soustrot, completes an impressive series of Saint-Saens symphonies with the most recorded and performed one, No.3 - inspired by Liszt and ground-breaking for its use of both organ and piano.

The composer regarded this as progress in modern instrumentation when he wrote the work in 1886.

The organ really only proclaims, but majestically, in the fourth movement to provide a finale that makes the work spectacular and grandiose.

Saint-Saens regarded this as his greatest achievement (and written at the same time was Carnival of the Animals, perhaps as light relief.)

Organist Landstrum does a splendid job without dwarfing the orchestra when he makes its presence known.

The Malmo Concert Hall instrument has an appealing brightness and the acoustic is more refined than an echoing cathedral, with excellent balance between organ and orchestra mostly throughout this recital; some of the descending pedal notes at the end could have been stronger.

The fillers are Saint-Saens' youthful Symphony in A major (c.1850) and Le rouet d'Omphale (1871) an impressively atmospheric tone poem.

The symphony is not numbered, being an obvious apprentice work in admiration of Mozart.

The tone poem is the best known of a series Saint-Saens composed using ancient Greek legends as his inspiration.

Telling a curious episode in the life of Hercules, it employs some unusual scoring at times: violin melodies doubled by trombones a couple of octaves lower, and a fading ending with an effective single, high violin harmonic.

The orchestral playing throughout is sure, strong and appealing.

Highlight: Saint-Saens heard at his best.