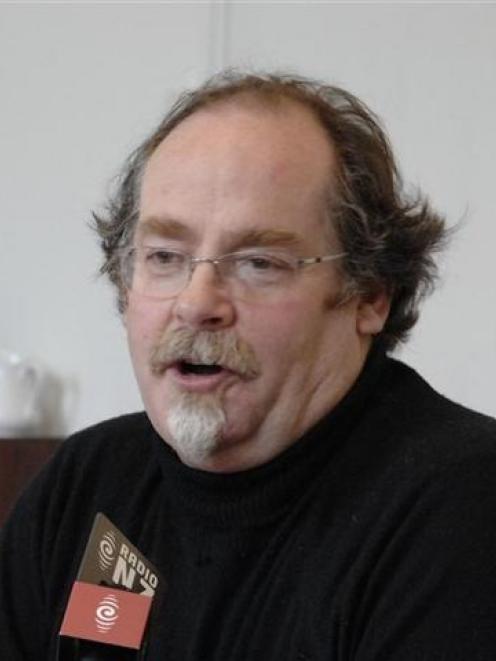 Capital C Concerts managing director Phil Sprey. Photo by Linda Robertson.
The promoter behind the Elton John concert in the new Forsyth Barr Stadium has hit back at criticism of ticketing for the event, describing the reaction as "astoundingly ungracious".

Only Otago Daily Times subscribers and local ratepayers would be able to buy tickets through TicketDirect from 9am on February 14, while sales to the general public would be delayed until February 24, the promoter said.

The move to offer local residents a preferential booking opportunity was praised at the time by Dunedin Mayor Dave Cull.

However, the move attracted controversy this week after it was discovered preferential tickets were also being offered to other commercial organisations.

Anybody in New Zealand can instantly become a TicketDirect member by filling out a form online.

"Multiple pre-sales packages are very common. Almost always, the ticketing agent has this on behalf of their membership. Every venue has a set number of seats as part of their contract to cover paid membership. [It is] a standard practice."

Despite rumours to the contrary, neither Forsyth Barr staff nor anybody else had yet received tickets for the concert, Mr Burns said.

"Like the Rugby World Cup, the pre-sales and public sales are paid bookings. Physical tickets will not be issued until October. This is a security measure to prevent unauthorised trading and to assure that the final seating, still under construction, is as planned physically."

"The Otago ratepayers and ODT pre-sales offer is one we were under no obligation to make and did so as a way of congratulating the region for making a new and vibrant stadium possible," he said.

"But you just can't make everyone happy. In hindsight, next time, if we look at bringing another artist to Dunedin, we would seriously need to reconsider making offers to local people, as the criticism is just astoundingly ungracious."