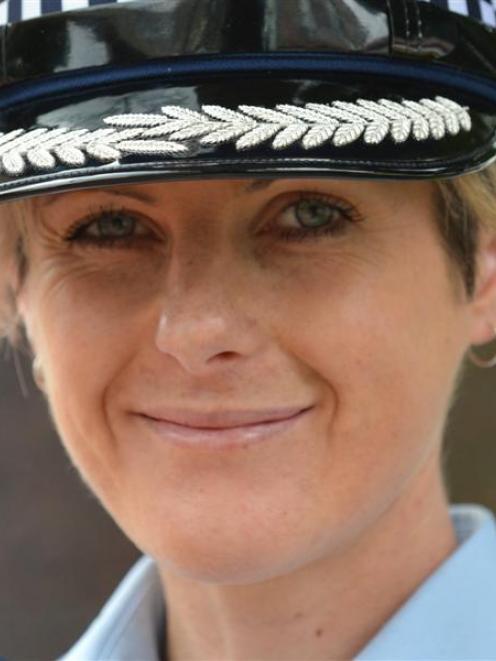 Mel Aitken.
Dunedin is lucky an intoxicated pedestrian has not been seriously injured by a vehicle in the inner city, police say.

Police have backed a proposed pedestrian-only zone in the lower Octagon.

The endorsement follows the Dunedin City Council confirming this month it would investigate a trial of the concept.

Inspector Mel Aitken, the Dunedin, Clutha and Waitaki area prevention manager, said the move would ''help keep people safe and eliminate some of the risks with vehicles and people''.

''We are probably lucky we haven't [had a serious accident], but it is about eliminating that risk and making the area a feel-good place to be.''

A pedestrian-only zone in the heart of the city, near the majority of licensed premises, made ''good sense in terms of reducing risk with intoxicated people and traffic negotiating the road at the same time''.

Police had rostered officers to the Octagon on Friday and Saturday nights during the past few years, she said.

''Through that process, we have identified some of the issues and risks of vehicles travelling around the lower Octagon - people stepping out on the roads and just the potential for disaster.''

In 2011, police investigated the concept of a pedestrian-only zone in the lower Octagon.

''We were very keen on taking it further, but for a number of reasons it did not progress.''

Insp Aitken said police had offered support for the project to council staff.

St John Otago territory manager Doug Third said the ambulance service supported police, with the area ''a very busy place for us on a Friday/Saturday night''.

The idea for the pedestrian zone came from University of Otago students Alexis Belton and Georgina Hampton, who presented their plan backed by a 36-page proposal during a council submissions hearing earlier this month.