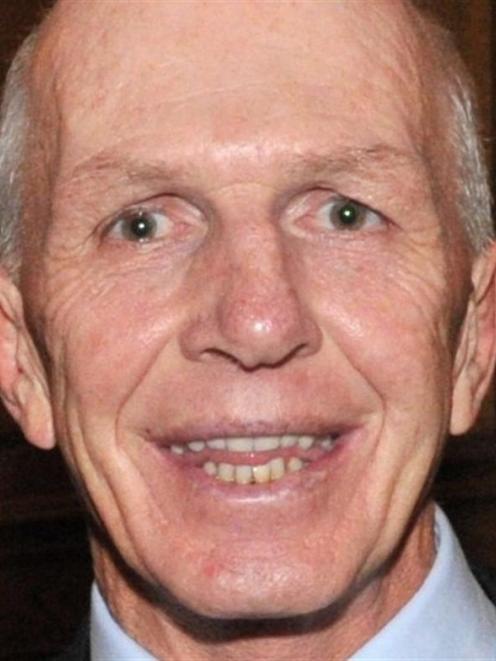 Sir Gordon (58) was a guest speaker at Friday's award ceremony at the Dunedin Town Hall.

There was stunned silence from some in the audience and laughter from others after Sir Gordon made the joke, a guest said.

The joke talked about removing a woman's bra with, or without, her consent.

Asked for comment, Sir Gordon released the following statement to the Otago Daily Times yesterday:''It was not my intention to cause offence in any way. I sincerely apologise to anyone that was upset.

''It was a joke, in hindsight, which I should never have used and I am deeply sorry.''

New Zealand Rugby general manager of rugby Neil Sorensen said he was ''very disappointed to hear of the joke and would be speaking to Sir Gordon about it''.

''We expect high standards from all of our people, including players and coaches.

''We do not condone any behaviour which is sexist or offensive in any way and we are pleased Sir Gordon has accepted he overstepped the mark and has apologised.''

Sir Gordon, who last year received a knighthood for his services to rugby, has coached the national sevens side since 1994.

The awards were organised by Sport Otago. Chief executive John Brimble did not return calls yesterday.

Sport Otago chairman Nigel Wilson said he was aware of the matter but wanted to discuss it with Mr Brimble before commenting.

''They are offensive and can be re-traumatising to survivors of rape and sexual abuse.''