Wind farm plan to be discussed 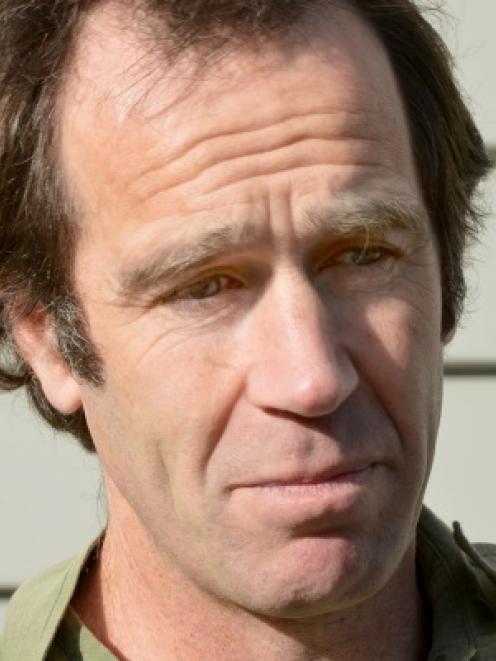 Scott Willis
A $5 million-$6 million wind farm planned near Warrington has sparked controversy and debate in the local community.

''We have a lot of concerns,'' local resident Simon Ryan said.

Blueskin Energy is proposing to put the wind farm on Porteous Hill, north of Dunedin.

Mr Ryan and other residents have organised a meeting today at 7pm at Warrington Hall to discuss the project and potential problems with it.

They have distributed fliers outlining their concerns and inviting residents to the meeting.

''One of the concerns of the neighbourhood around the Porteous Hill area is that the consultation process has been very exclusive, not inclusive,'' he said.

''A lot of them living over the other side of Blueskin Bay, on the Warrington side of Porteous Hill, had no idea the proposal was going forward.''

Mr Ryan said he had not been notified about community meetings regarding the proposed wind farm.

Blueskin Energy project manager Scott Willis contested Mr Ryan's assertion, saying the people behind the wind farm proposal had made a huge effort to get in touch with local community members over many years of planning the project.

''Every event we do is public in Blueskin News, the email update, usually the Otago Daily Times, leaflet drops to mailboxes, public notices all around the community, and usually word of mouth,'' he said.

''We can only encourage people to participate. We can't oblige them.''

Ornithologist and local resident Derek Onley said he was also worried about the project, specifically about birds which might be killed by the wind turbines.

''They haven't really looked at the environmental factor in any detail in relation to what might happen to birds,'' he said.

''The environmental assessment for birds hasn't been done properly, and it needs to be done properly to make good decisions.''

But Mr Willis said an assessment had been done, and the risk to birds was judged to be ''minor to less than minor''.

''We'd be monitoring birds in the early stages,'' he said.

''This is an environmental project. We want to protect the environment. Of course we're concerned [about the birds].''

Former environment minister Marian Hobbs, who lives in Sawyers Bay, said she was concerned about community engagement in the project after hearing Mr Ryan's perspective.

''At the moment, all I've heard is Simon's view of it, and I think there are some serious questions to answer,'' she said.

One was the ''possible bird danger'', and another was division in the community.

She hoped to go to tonight's meeting and arrange a ''sophisticated'' discussion between the proponents and detractors.

The resource consent process could be a means to that end, she said, as long as community members were not ''slinging mud at each other''.

''You'll always get debate over making a decision one way or the other on any number of things,'' she said.

''Communities have go to ... have a mechanism [to deal with that debate].''

Mr Willis said he, too, hoped tonight's meeting would lead to a fruitful discussion. He was planning on going along.

''Even at this late stage, it's great to have more community engagement in the project,'' he said.

''The reason for [the wind farm project] is that climate change is real, it's happening, and we have a very small window of opportunity to take concrete action to avoid catastrophic outcomes for humanity.

''This is one of those really positive community actions.''