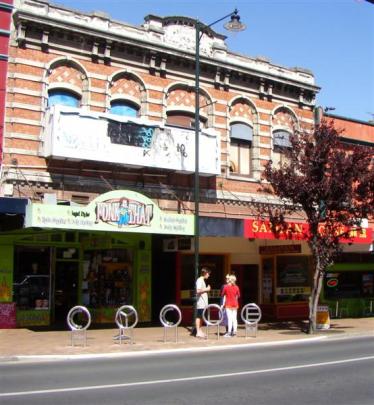 A bike rack in George St. 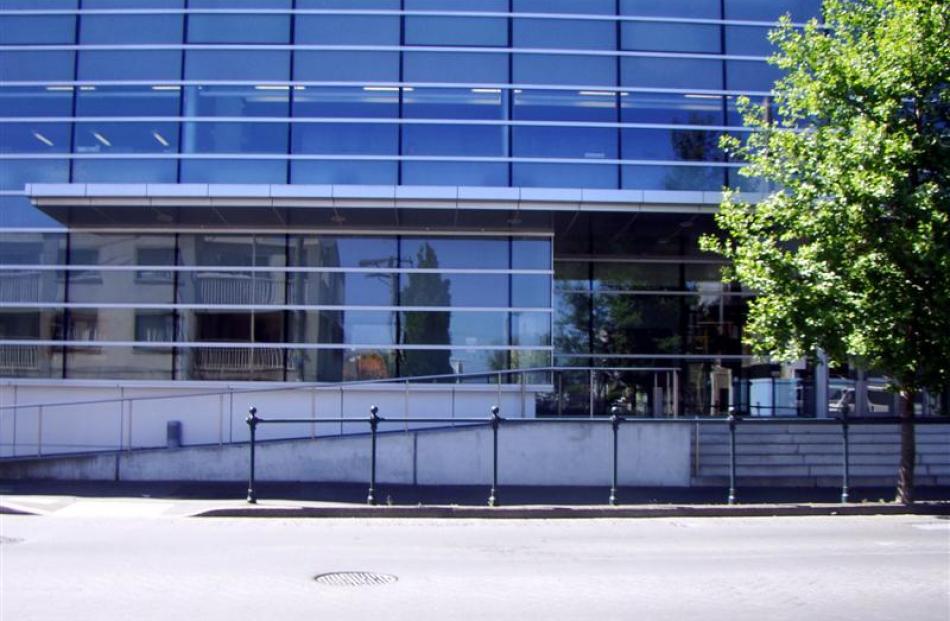 Railing outside the University of Otago library. 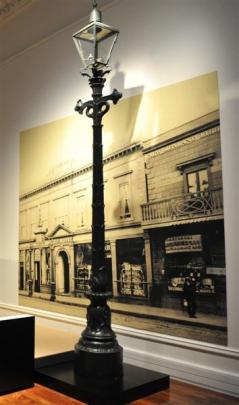 Dunedin is adopting a new generation of street furniture. It's happened before with varying results and we should try to do better this time.

It's a complicated business and needs broad public engagement - a recipe for noise and confusion. But we have a new council and at least some of its members are interested.

One of the newly elected contacted me. Noticing things appearing on our streets which seemed a bit ill-considered they asked when council had approved them and were told it hadn't. The approval had been given by staff.

The last council had delegated the responsibility so the staff weren't usurping authority. Also, they were responding to suggestions from the public not just expressing personal preferences.

Nevertheless, there's the potential here for both an unholy public row and less than optimal urban design outcomes - an unholy visual mess. To appreciate some of the issues it helps to have examples.

One is the new cycle rack outside Funk That on George St. It's a row of five stainless steel hoops on columns, each enclosing a letter, spelling ''cycle''. Rather neat and a nice modernist design but it raises some obvious questions.

Planted beside the rack is one of the council's lamp standards, part of an earlier refurbishment which is of a distinctly elderly design. And the rack and standard are both in front of an exuberantly Edwardian facade.

The standard and various other Victorian and Edwardian style street fittings came out of the 1989-90 refurbishment of the Octagon. The city architect's department proposed modernist fittings and the public reacted in anger. Not just a little - a lot. The public wanted ones which matched buildings like the Municipal Chambers and this is - sort of - what we got.

The council sourced traditional fittings from, I believe, a British supplier. They and the orange paving were extended along Princes, George and Stuart Sts and were generally well received.

From this time, too, precincts were designated, with directions relevant to street furniture and put in the District Plan. The cycle rack is in such a precinct whose character is identified as primarily Victorian/Edwardian.

It is clearly in conflict with that.

A generation after 1989 the plan and precincts are up for review. Staff have held public consultations, the source of the comment I mentioned.

There was opposition to ''faux- heritage'' fittings and the bike rack is one result. It seems not only out of place but premature and pre-emptive of the wider project.

Also this is too limited a consultation. The discussion should be broader, the council involved and some principles need teasing out: CONTEXT, AUTHENTICITY, FLEXIBILITY and TRUE EXCEPTIONALITY.

Things in contrasting styles aren't always negative together. But whether contrast is desirable depends on the wider context. Just as the modernist cycle rack contrasts in its setting, so does the Edwardian railing outside the university's modernist library in Albany St. This is not a heritage precinct. Its placement seems mistaken.

An opportunity lost in 1989 was to use our own designed-and-made-in-Dunedin Victoriana. A design based on the wonderful 1862 Millar lamp standard in the settlers museum would have been better than the bought-in British ones because it would have been more authentic.

One has to accept the first two principles can't always be applied. People dislike the new parking ticket dispensers. Could they economically be made to look more like Victorian post boxes?

Probably not and they are not so ubiquitous as the elongated upside-down ukuleles they replaced. Sometimes you just have to be practical.

Similarly a distinction should be made between Dunedin's own street furniture and national designs. Those for traffic control have to be widely consistent to be effective. This doesn't apply to commercial liveries and signage.

We don't have to endure orange boxes, Westpac greying or a pair of McDonald's arches across George Street. Commercial signage should be subordinate to the larger, local street design.

This is admittedly complicated and can be hard to apply but I think there's room for optimism.

Look at photographs of the Exchange in the 1950s when it was the busiest part of town. There are grand old buildings now shockingly absent but they're obscured by a storm of rubbish.

There are overhead telephone, power and tram wires. The buildings are dilapidated and disfigured. They have makeshift additions, invasive signage while jarrah telephone poles stalk the streets like aggressive country cousins.

That was greatly improved by an effort before 1989, although jarrah and overhead reticulation still disfigure parts of the suburbs.

The council programme to retire them eventually lost steam but much was gained before it faded. A higher, more complex standard was set in 1989. If the result wasn't perfect, the game was lifted.

We can do better this time. There must be wider discussion, the council more involved and no pre-emptive action.