The Otago Daily Times’ Class Act 2020 should have been a "Covid-19-free zone", but, unfortunately, we cannot escape its evil tentacles. 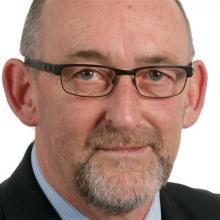 ODT Editor Barry Stewart.
In August, at a special awards ceremony, the pupils should have come together as a class and, individually, be presented with Class Act 2020 certificates by the Prime Minister, Jacinda Ardern. However, Alert level 2 restrictions ruled that out.

The Prime Minister has expressed her disappointment at not being able to attend and we are working with her to ensure the class of 2020 is acknowledged from the top. We are have produced a special video and the Prime Minister and others will honour these leaders of tomorrow.

The students were nominated by their schools on the basis of their achievements and potential for success in adult life. The only criterion the newspaper gives the schools is excellence.

The 56 pupils nominated for awards have been photographed and profiled on the following pages of this celebratory publication. We trust you enjoy reading it and, like us, are inspired and encouraged by the young people featured. The future is bright.

Class Act celebrates the excellence of young people in our province and now, more than ever, we will be looking to them for leadership.

It’s been a year like no other and has made us acutely aware of the importance and value of education, science and strong leadership. The youth of the region have a big responsibility, for the future is in their hands. It is from this talented and ambitious group our future leaders in politics, arts, business, education and sports will emerge. The Otago Daily Times Class Act programme began in 2000, with 26 of the 29 high schools in Otago and Southland each selecting one or two outstanding pupils to join that year’s class.

In this, its 21st year, 28 schools are participating. Between them, they have nominated 56 pupils as representative of the cream of Otago’s secondary school elite in 2020.

Class Act has been a particularly rewarding journey for the Otago Daily Times. It was introduced to the newspaper in 2000 by former editor Robin Charteris, who sadly died recently.

We take pride in seeing and reading, through the columns of this newspaper, of the milestones and achievements of our Class Act recipients as they make their way into adult life.